As part of its never-ending resistance to the Trump agenda, the California legislature has just passed a bill to reinstate the discredited concept of “net neutrality” for access to the internet. A bill described as the nation’s strongest form of net neutrality awaits the signature of lame duck Governor Jerry Brown.

Net neutrality is as phony as “free trade,” in that both are wonderful only for those getting the better end of the deal.  Google, Facebook, and other California companies have been getting a free ride on net neutrality because it enables them to avoid paying their enormous share of internet traffic.

Net neutrality is a fiction invented by Silicon Valley monopolies to stop cable companies from charging them for their huge amounts of traffic.  Yet these same monopolies do not believe in neutrality in how they conduct business, by censoring political content they dislike. 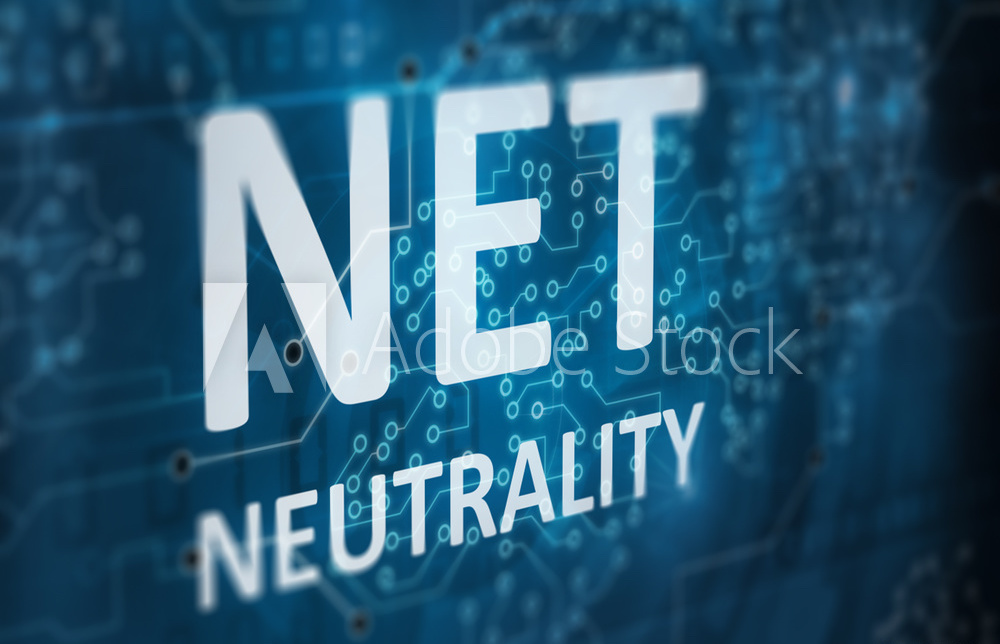 The many billions in profits flowing to the Silicon Valley companies is partly due to how they hog traffic on the internet for free, without paying their full costs.  They avoid paying, for example, the many billions of dollars needed to bring internet service to people’s homes.

Imagine a toll road where big trucking companies did not have to pay a dime.  This would result in overuse of the toll road by trucks, and underfunding of road improvements.

The free market would be far superior to the phony net neutrality that enriches only Silicon Valley, because the free market enables the owner to charge fees based on use of its property.  Free enterprise is also better in protecting free speech and preventing censorship.

Once the favoritism is ended, whether on the internet or roads, then better facilities would be built and more efficient usage would occur.  The internet could be light years ahead of where it is now, if net neutrality stopped giving billionaire companies a free ride.

Without net neutrality, the public would have far better and faster internet service than we have today, because cable companies could raise money from the traffic hogs to improve the service.  Instead, billions of dollars line the wallets of Silicon Valley executives who invest very little of it in improving internet service.

Under the superior, free-market-based approach adopted by President Trump, companies that carry internet traffic would be able to negotiate with the traffic hogs to compel them to pay their fair share of costs rather than freeload off others.  Google and Facebook would then no longer be able to discriminate against conservatives and shift their costs to us too.

The public who pays the cable costs could then insist on access to the content that they want, which they cannot do now as Silicon Valley censors it.

The Silicon Valley companies do not want any rules of neutrality to apply to them, of course, as they exclude conservatives to appease their liberal base.  They demand net neutrality only when it favors them, and oppose any requirement that they be fair to content with which liberals disagree.

The California legislators know who butters their bread, and their Democrat majority just passed a bill that interferes with President Trump’s better approach of allowing competition to rule the internet.  SB 822 is being sent to Governor Jerry Brown’s desk, and he has not yet said whether he will sign it by his deadline of September 30.

Under the California law, cable companies and their millions of customers could not tell Google and Facebook to stop discriminating against content that people want.  The California law inverts the internet by allowing Silicon Valley to dictate content on the internet, when internet users and internet providers should be able to tell Google to stop discriminating against Dennis Prager and other conservatives.

It is Google and Facebook that block access, and they want leverage to continue doing so.  That is backwards as Trump and his Federal Communications Commission (FCC) recognize, and hopefully they will sue in federal court if California Governor Brown signs this ill-advised bill into law.

Meanwhile, Congress is holding a hearing this week to review San Francisco-based Twitter’s bias against conservatives.  The FTC could be investigating Google’s unfair business practices, Sen. Orrin Hatch points out.

Internet service providers may sue to overturn the California law, which would establish one system in that State which is different from most other States.  California is essentially trying to force its self-interest on the rest of us with respect to the internet, to which California has no special claim of right.

What You Need to Know is Biden is a racist President! Politico gives you a sense of what the left is pushing. Here’s a recent article from Politico … END_OF_DOCUMENT_TOKEN_TO_BE_REPLACED

Phyllis Schlafly Eagles · April 13 | Patriots Versus the Powerful Liz Cheney epitomizes the worst of politicians, because she has no meaningful … END_OF_DOCUMENT_TOKEN_TO_BE_REPLACED