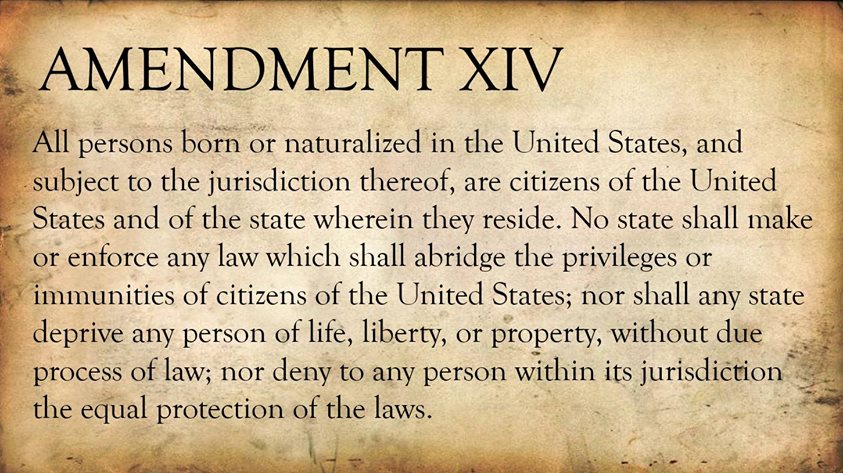 It doesn’t take the author of The Art of the Deal to see that anchor babies are a bad deal for the United States. When illegal immigrants are given the full privileges of citizenship merely for the act of having a child within the physical confines of the United States, it devalues citizenship for us all.

Anchor babies are a legal way for someone to skip the line and bypass all of the vetting done to much more highly-skilled prospects who wait patiently for years to have their chance at the American dream. It’s no wonder President Trump has been such a vocal opponent of these bad-deal policies.

If you talked to most liberals about ending anchor baby policies, they would act like you are trying to outlaw apple pie or something. Giving citizenship to anchor babies is not some great American institution. There is absolutely nothing in the Constitution about it.

If these policies are so bad and have such flimsy legal standing, you are probably wondering what it would take to get rid of them. The truth is all it would take to fix this huge gap in our immigration system is for Congress to make the change. That’s exactly what conservative legislators have been trying to do for years and they need our help. If we are going to shake Congress into action, we must let our legislators know that we want no more anchor babies in America.

What You Need to Know is the Qatar-Europe NGO scandal continues! These global schemes with millions of dollars flowing through non-government … END_OF_DOCUMENT_TOKEN_TO_BE_REPLACED

What You Need to Know is thank Trump for the end of Roe v. Wade. As great as the March for Life was last week and excited as my family was to … END_OF_DOCUMENT_TOKEN_TO_BE_REPLACED

What You Need to Know is Joe Biden’s ego will be his undoing. He should drop executive privilege and get this classified documents investigation over … END_OF_DOCUMENT_TOKEN_TO_BE_REPLACED

Phyllis Schlafly Eagles · February 3 | "Woman" Is the Word of the Year The internet is a powerful tool that most of us use every day. … END_OF_DOCUMENT_TOKEN_TO_BE_REPLACED

What You Need to Know is Tucker is allowing the will of the people to be heard! When a huge block of Republicans and so-called conservatives are … END_OF_DOCUMENT_TOKEN_TO_BE_REPLACED