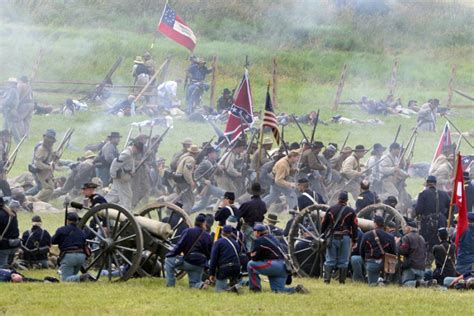 Today, July 1, and July 2nd and 3rd, Americans will be commemorating the 1863 battle of Gettysburg, the largest and bloodiest battle of the War Between the States and the largest battle ever fought in North America. The armies of both sides faced each other on some of the hottest days of the year; the temperature was recorded at 90 degrees. The Northern Army under General George Meade had 85,000 men on the field, and the Southern forces had 75,000 men under command of General Robert E. Lee. At least 50,000 men were killed, wounded or missing in that battle. Today there are some 1,400 monuments, markers or tablets commemorating the battle and the men who fought there. Gettysburg is considered the turning point in that great and costly war.

Phyllis Schlafly Eagles · #WYNK: Montpelier is going Woke | May 19, 2022 #ProAmericaReport The following is a transcript from the Pro America … END_OF_DOCUMENT_TOKEN_TO_BE_REPLACED

What You Need to Know is our election system is broken! It's failing and We the People have no confidence in the system. Pennsylvania has shown again … END_OF_DOCUMENT_TOKEN_TO_BE_REPLACED

Phyllis Schlafly Eagles · May 19 | Boys and Girls and Grades? ** Previously recorded by Phyllis Schlafly // May 2015 ** Colleges claim they … END_OF_DOCUMENT_TOKEN_TO_BE_REPLACED