Promoters of abortion are aggressively pursuing a legal strategy to establish a new constitutional right to abortion for illegal aliens. Young girls are entering our country unlawfully, while pregnant, and a cadre of attorneys demand that courts compel the Trump Administration to be complicit in facilitating abortions for them.

This combination of illegal immigration and demands for a right to abortion may be opening people’s eyes to both. To those who support abortion, do they support a right for illegal aliens to abortion here?

The D.C. Circuit convened en banc, which is a rare sitting of all its active judges, for the majority Clinton and Obama-nominated judges to declare a constitutional right to abortion by illegal aliens. Then the attorneys pushing this issue for a 17-year-old girl, who apparently entered our country unlawfully while pregnant, arranged for a middle-of-the-night abortion to circumvent timely review by the U.S. Supreme Court. 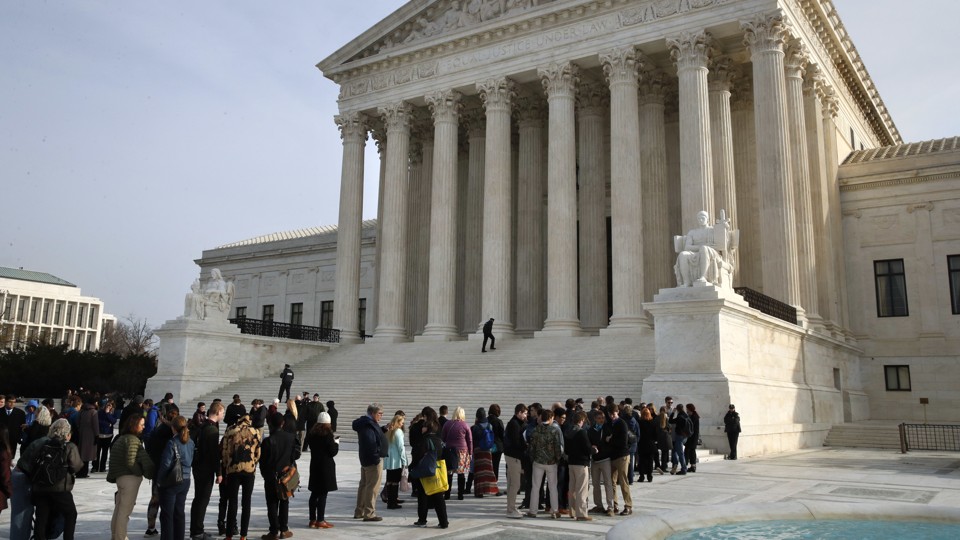 The abortion mooted the case, and the precedent of the en banc D.C. Circuit ruling supposedly settled the issue for use nationwide. Ordinarily there is nothing left to appeal when a case is moot.

But something did not sit well with the Supreme Court Justices, perhaps including Justice Kennedy. He had silently sided with expanding the rights to abortion in Whole Woman’s Health v. Hellerstedt (2016), which overturned a Texas pro-life law, but is he really fine with establishing a new right to abortion for pregnant girls unlawfully entering the United States from countries having pro-life laws?

Perhaps not, and perhaps that is leading him and others to rethink their logic towards abortion. Trump’s Solicitor General Noel Francisco brilliantly appealed the D.C. Circuit concerning the pregnant illegal alien to the Supreme Court, after finding a precedent that authorizes overruling decisions that were mooted by a subsequent factual development.

Solicitor General Francisco also requested that the High Court consider disciplining the attorneys on the other side who arranged for such an irregular abortion to evade Supreme Court review. The lack of respect for the orderly administration of justice – not to mention the possible exploitation of the immigrant girl – should be troubling even to those who support abortion.

In a similar case, another immigrant changed her mind about having the abortion amid the legal maneuvering. But a middle-of-the-night abortion does not lend itself to the clarity of mind needed for informed consent up until the operation, nor does it maximize the safety of the operation because complications are known to be higher for late-night surgeries.

Something evidently troubled at least five of the Supreme Court justices about this case of Azar v. Garza, probably including Justice Kennedy, because it bounced through an extraordinary 15 conferences before a terse decision emerged from the Court. The opinion was obviously a compromise, as near the end two competing views of the tactics used by the attorneys in procuring the abortion were recounted without resolution.

It was probably to avert a worse defeat for the Left in this case that four Justices who typically side with Planned Parenthood and the ACLU joined the unanimous decision to overturn and vacate the D.C. Circuit opinion. This wipes from the books that appellate precedent for a right to abortion by illegal aliens.

If this decision merely stood alone, one might be reluctant to read too much into it. But it comes less than a week after a surprise denial of a petition for cert by Planned Parenthood to challenge a new pro-life law in Arkansas that is expected to cause some abortion clinics to close there.

There was no dissent from that denial of cert in Planned Parenthood v. Jegley, and the media was dismayed about how Planned Parenthood could lose before a Court that supposedly had five votes in its corner. The lack of a dissent suggests that the 5-4 majority on the Court for the pro-abortion side is in jeopardy or may no longer exist.

Later this month we will learn if any retirements are forthcoming from the Court, which would give President Trump the opportunity to nominate a strong new Justice. But even without a retirement, this pair of decisions and the spectacle of 15 conferences to issue a unanimous decision against an abortion precedent suggests that something is afoot internally at the Court.

A majority of the Court may feel, as they should, that illegal aliens from pro-life countries do not have a constitutional right to abortion here. They need to return home to give birth, because their homeland prohibits abortion, or they should give birth here.

That means a majority on the High Court would give effect to the pro-life laws of South American countries. If Planned Parenthood and the ACLU lose on that issue, as they should, then it follows that they should lose on their similar arguments that demand invalidation of pro-life laws enacted by democratically elected legislators in our country.

What You Need to Know is two good reasons to pass election reform: 1) If fraud is found and addressed; 2) When voter confidence is low. We have a … END_OF_DOCUMENT_TOKEN_TO_BE_REPLACED

Phyllis Schlafly Eagles · April 7 | Trump Can't Be Controlled In the battle for the soul of the Republican Party, the two sides are the 74 … END_OF_DOCUMENT_TOKEN_TO_BE_REPLACED

Congressional Democrats have filed a bill to pack the Supreme Court with four more justices. Your action today is needed to stop their blatant … END_OF_DOCUMENT_TOKEN_TO_BE_REPLACED

What You Need to Know is stop talking about fraud and start talking about voter confidence! Polling shows that a majority of Americans (and even a … END_OF_DOCUMENT_TOKEN_TO_BE_REPLACED