The June 2000 Phyllis Schlafly Report relied on cold hard facts from the reputable Centers for Disease Control (CDC) to overcome emotionally charged rhetoric. When the Clinton-backed Million Moms March tried to paint a false narrative about children’s access to guns, Phyllis Schlafly could not be silent. She used the CDC to bring reality to the gun discussion then, and the facts since then are even more condemning for gun control advocates. 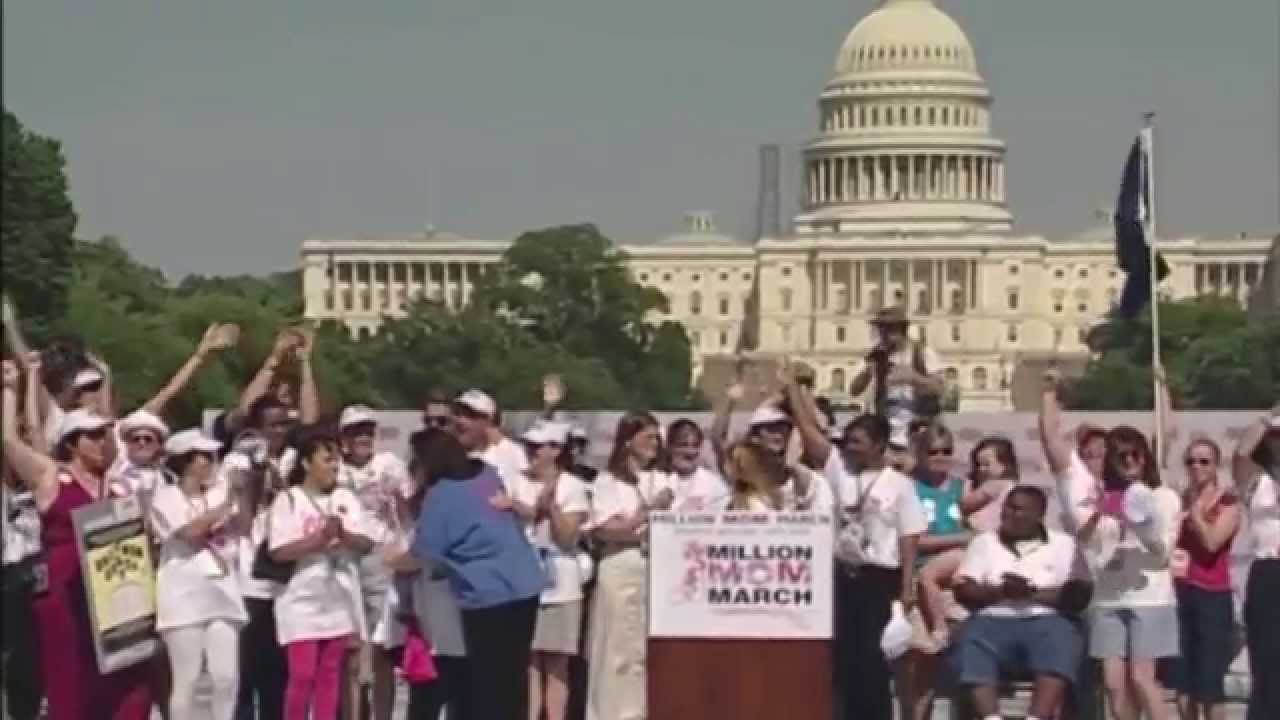 A landmark CDC study on this issue came in 2013. Ironically, President Obama ordered this CDC study on gun violence. His reasoning was that those who oppose gun-control measures “threatened to defund scientific or medical research” into the causes of gun violence, so he would direct them study the issue anyway. Unfortunately for him, that plan backfired. As it turns out, many of the the so-called “facts” touted by the gun control lobby are completely false.

One of their most ubiquitous claims is that guns are rarely used for self-defense. The CDC report clearly stated that “Almost all national survey estimates indicate that defensive gun uses by victims are at least as common as offensive uses by criminals, with estimates of annual uses ranging from about 500,000 to more than 3 million per year . . . in the context of about 300,000 violent crimes involving firearms in 2008.” Phyllis Schlafly was not surprised by these numbers. Her June 2000 Report said, “Crime is reduced by putting guns in the hands of law-abiding citizens. Guns are the safest and most effective means of resisting violent criminal attack.”

Clearly, facts can prevail against emotional disinformation. But still, after hundreds of years of debate over who has the right to bear arms and under what circumstances, the importance of this issue has not faded. Phyllis Schlafly said, “Gun confiscation leads to a loss of freedom, increased crime, and the government moving to the left.” Of course, confiscation is the natural progression of excessive regulation. If we’re to defend our right to bear arms from the emotional disinformation of the Left, we must do the research and compile the facts that rise above the entrenched and misleading narrative.

What You Need to Know is Rittenhouse is not guilty! Kyle Rittenhouse being proved not guilty shows that the system works. They got to the right … END_OF_DOCUMENT_TOKEN_TO_BE_REPLACED

What You Need to Know is Follow the Money! 13 house Republicans caved to get the money and voted yes on the infrastructure bill. Democrat progressives … END_OF_DOCUMENT_TOKEN_TO_BE_REPLACED

For Immediate Release: September 9, 2021Contact: Ryan Hite, Communications Director Citizen Action Works — The Voice of the People Has Been … END_OF_DOCUMENT_TOKEN_TO_BE_REPLACED

If the education establishment wants to know why public schools don't get much respect from our citizenry, they need look no further … END_OF_DOCUMENT_TOKEN_TO_BE_REPLACED

Robert Strange McNamara belongs on the daytime soap operas. Better yet, his histrionics belong on Donahue or Geraldo or Sally Jesse Raphael. We are … END_OF_DOCUMENT_TOKEN_TO_BE_REPLACED

What You Need To Know about Biden’s worst week as President. Andrea Kaye, guest host of the #ProAmericaReport, explains how this has been the worst … END_OF_DOCUMENT_TOKEN_TO_BE_REPLACED

Phyllis Schlafly Eagles · January 14 | Nobody Likes Injustice Nobody likes to see injustice in America. Unlike in other nations where corruption is … END_OF_DOCUMENT_TOKEN_TO_BE_REPLACED