No High Court Justice shows such promise
As our favorite, Clarence Thomas.

You’re a jurist for the ages
Who sends liberals into rages.

With your mighty brain and quill,
You cramp the style of Hillary and Bill.

We’re thrilled you’ve stopped the Left’s destruction
To be a voice for strict construction.

With courageous resolution
You stick to the text of our Constitution.

As we watch you face the strife,
We thank God you’re there for life. 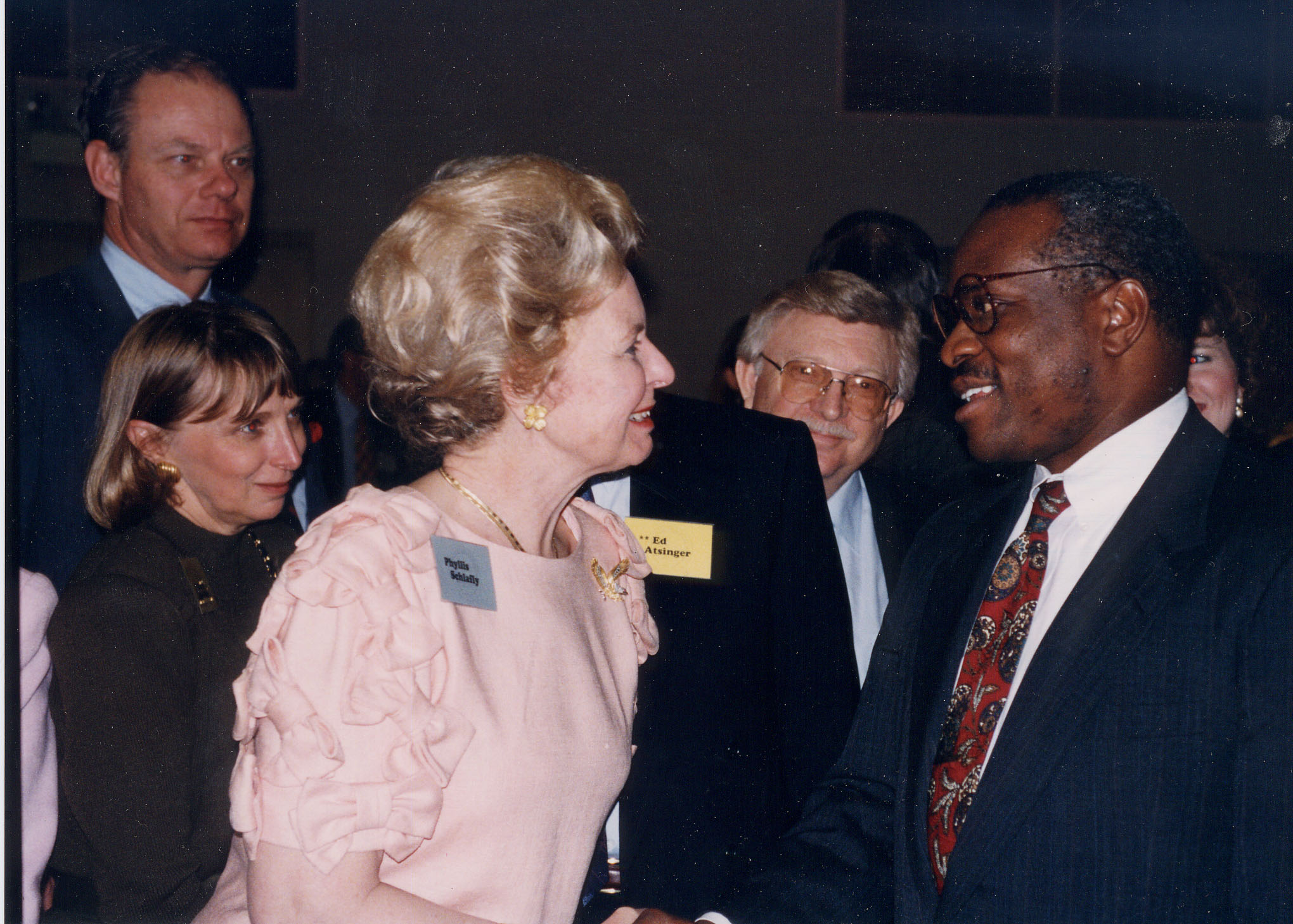 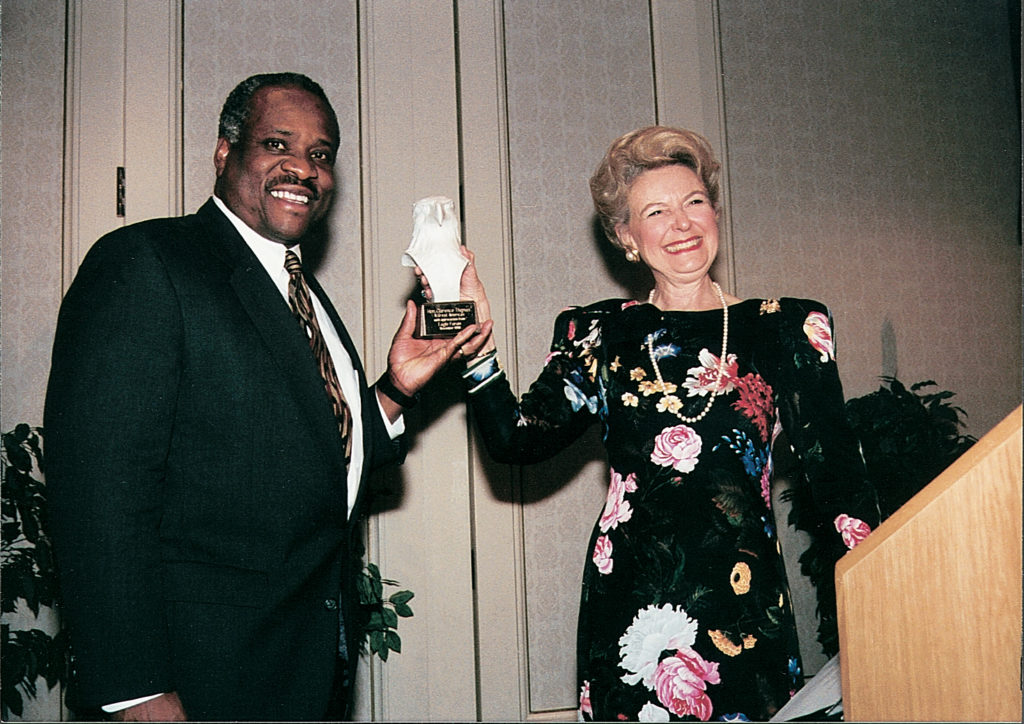 Phyllis Schlafly: How do we keep going?

So the question we sometimes ask ourselves is, “How do we keep going?  and why do we keep going?”  Or, as Justice Clarence Thomas asked me several times when he came to Eagle Council several years ago, “How do you stand it when they keep coming at you?”

There’s a prayer I say regularly, one of mine of which goes like this:  “From the malignant enemy defend me.”  And every time I say that prayer I think of Betty Friedan, (laughter) and how the first time we debated, she said, “I’d like to burn you at the stake.”  I just figure I irritate the feministslots more than they irritate me.  And furthermore, I’m not going to let them rain on my day. 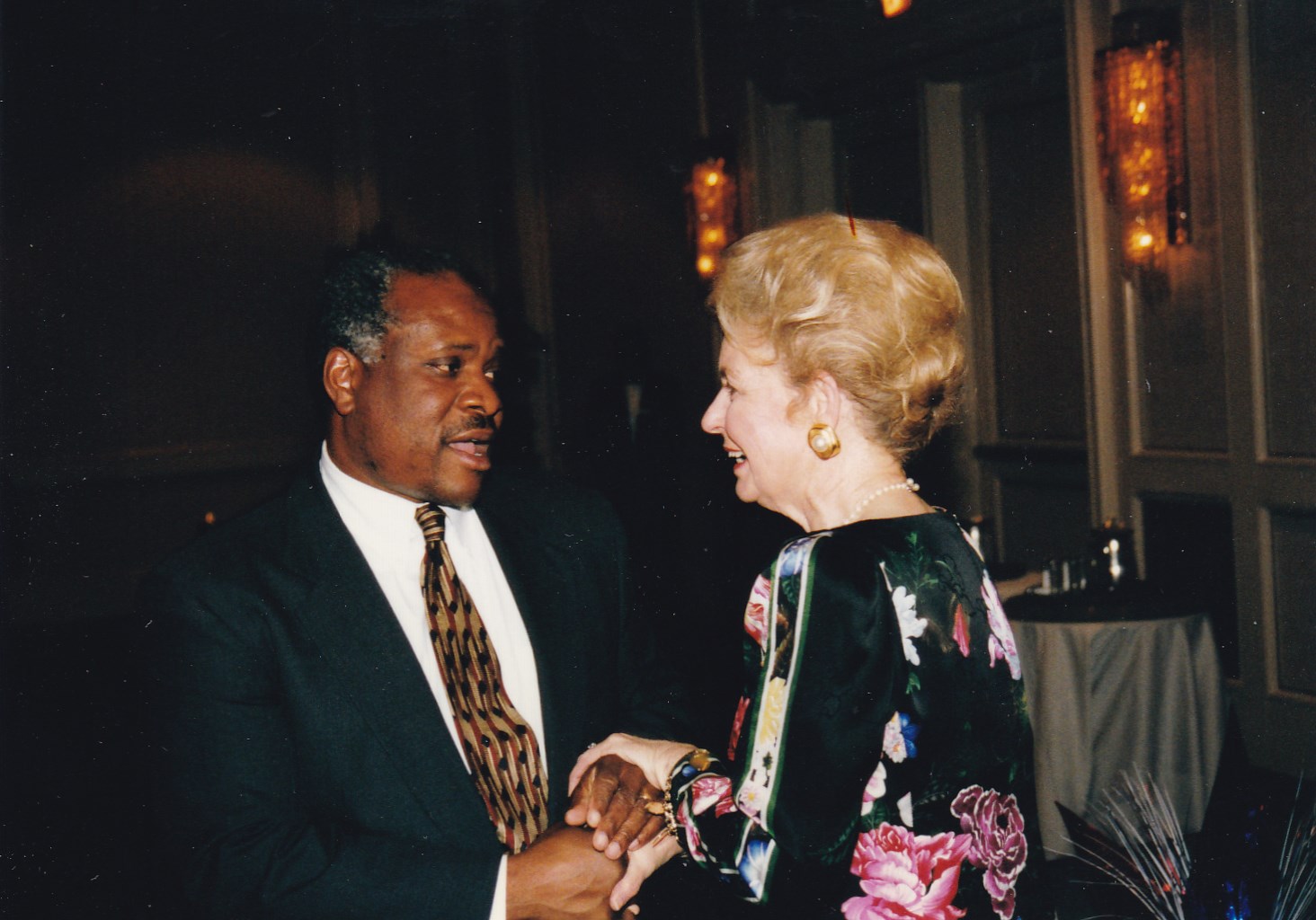 Reporters are always asking me how I deal with stress.  My answer is, I don’t have any stress.  I don’t believe in stress.  I said that on a radio debate a few weeks ago and the feminist I was debating said, “The problem is, you give stress to everybody else.”  (laughter)  I figure that’s their problem, it’s not my problem.  There’s no reason to have stress about all these political storms.  Just look at Ronald Reagan.  He didn’t have any stress.  You just have to engage the enemy, firm in the belief that we are on the side of truth, justice, and the American way.  “A just man falleth seven times, yet he still rises up again.”

Now, here are a few principles that help our eagles keep our equilibrium in political storms.

First, we must keep our sense of mission.  Our founding fathers did that amid much more dangerous storms than we have to face.  Samuel Adams said it very succinctly in a speech in 1771:  “Let us contemplate both our forefathers and also our posterity, and resolve to maintain the rights bequeathed to us by the former for the sake of the latter.  The necessity of the times more than ever calls for our utmost fortitude and perseverance.” 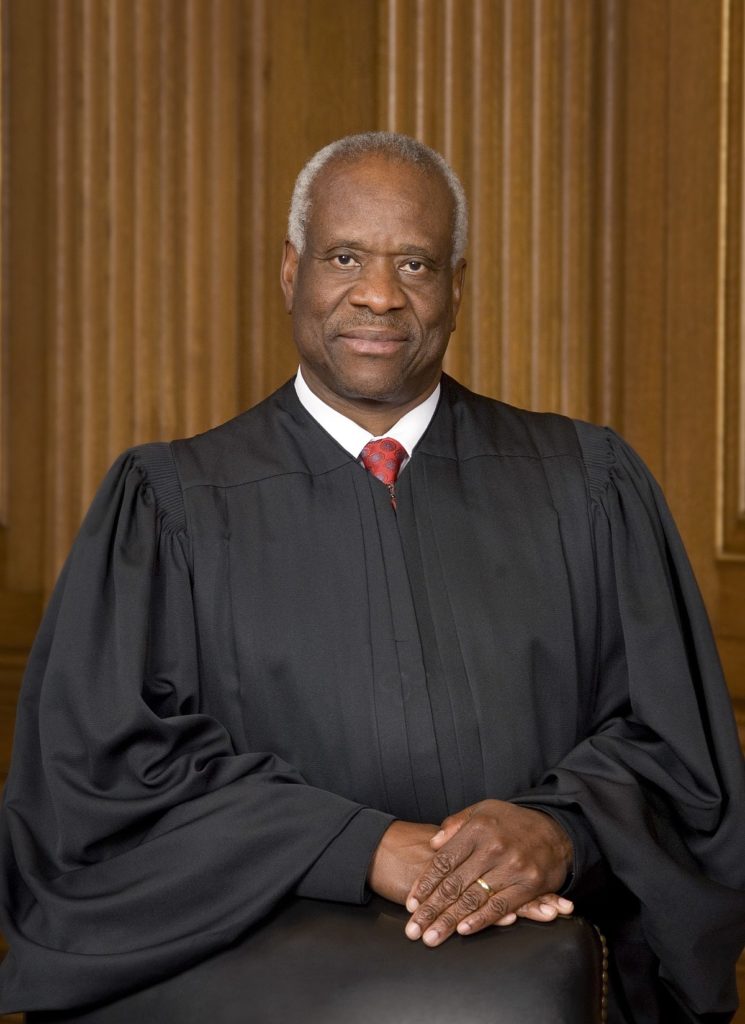