President Trump’s July press conference with Russian President Vladimir Putin was remarkable in that Trump refused to acknowledge the liberal fiction about Russian hackers stealing the 2016 election. Instead, Trump went on the offensive and laid blame for deteriorating relations with Russia where blame is due: at the doorstep of Robert Mueller’s delusional investigation and the crazy antics of the swamp. 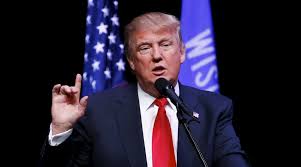 President Trump’s takedown of the media at this press conference was simply an encore to draining the swamp of the North Atlantic Treaty Organization (NATO). That entrenched bureaucracy has been bilking the American taxpayer for years while we get nothing in return.

NATO developed as a counterweight to the communist Soviet Union, but with Russia becoming more conservative than Europe it is unclear why we are still spending billions on NATO. Its largest country, Germany, is dependent on Russia for natural gas and no amount of American troops in Europe can force Russia to turn that pipeline on if she were one day to shut it off.

“Germany is totally controlled by Russia, because they will be getting between 60 and 70 percent of their energy from Russia and a new pipeline,” observed Trump at the opening of the recent NATO summit. “It’s a very bad thing for NATO, and I don’t think it should have happened,” he properly explained.

NATO member Poland, also a formerly communist country that is increasingly conservative, immediately praised Trump’s criticisms of Germany’s self-defeating globalism. Poland is buying natural gas from the United States and President Andrzej Duda astutely observed that “one of the most important goals for the European Union in the energy sector” should be to avoid dependency on any particular foreign country.

Many globalists and American liberals dislike Russia now because it is an increasingly Christian country. Russia changed the name of Leningrad to Saint Petersburg and even enacts pro-life laws. Communism was overthrown in Russia more than a quarter-century ago, and its trend toward conservative values today angers Leftists immensely.

Globalists may not have been pleased by President Trump’s one-two punch in July, but standing against globalism plays well with the American voter, as it should. President Trump is keeping his promises.

Amid chaos on many fronts, globalists march forward into the night. Klaus Schwab, the founder and executive chairman of the World Economic Forum … END_OF_DOCUMENT_TOKEN_TO_BE_REPLACED

Phyllis Schlafly Eagles · May 2 | Globalist Government Means More War, Not Less Europeans do not want to merge with Ukraine, and most Ukrainians … END_OF_DOCUMENT_TOKEN_TO_BE_REPLACED

Don’t Start World War III in Ukraine  Americans do not want to go to war with Russia over a border conflict halfway around the world. Instead … END_OF_DOCUMENT_TOKEN_TO_BE_REPLACED

Phyllis Schlafly Eagles · May 9 | How To Remake A Political Party Remaking a political party is difficult, but essential now as the entrenchment of … END_OF_DOCUMENT_TOKEN_TO_BE_REPLACED