The latest outrage of judicial supremacy is pointed straight at the the 2020 Census. Earlier this year, a district court ordered Commerce Secretary Wilbur Ross to submit to a deposition about why he wants the census to ask people if they are American citizens.  In classic judicial activism, a New York City federal judge appointed by Barack Obama is trying to micromanage the government’s planning for the 2020 census, which is already underway, by the way.  Plaintiffs and Judge Jesse Furman are unhappy with how census officials plan to include a question about citizenship in the census. 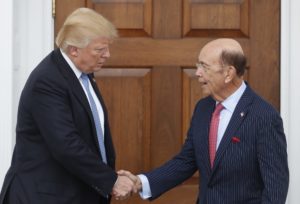 Earlier this year, a district court ordered Commerce Secretary Wilbur Ross to submit to a deposition about why he wants the census to ask people if they are American citizens.

After the Trump Administration decided to reinstate this question on the questionnaire being sent to every household, a group of leftist organizations and Democratic officials sued Secretary Ross and the Department of Commerce, which supervises the census bureau. Liberals absurdly claim that it’s racist for the census to ask the basic question about American citizenship, and they demanded that Secretary Ross answer questions in which they would certainly accuse him of racist motives.

Citizenship is not about race. And immigrants come in all races. It simply cannot be racist to ask people who live here in America, and who demand entitlements like Medicaid and public schooling, whether they are in fact  American citizens. Cabinet officials should not be subjected to rude deposition questioning without any factual basis – and the Supreme Court agreed.

Before Justice Brett Kavanaugh was confirmed, the Supreme Court seemed fine with allowing the deposition of Secretary Ross, a member of Trump’s Cabinet.  But days after Kavanaugh joined the High Court, it put this deposition on hold, pending the submission of further briefing on the matter.

President Trump has successfully appointed two Supreme Court justices and now hundreds of circuit and district court judges.  But there are fierce pockets of judicial resistance in deep blue states like California, New York, and Hawaii.

It should be a no-brainer for the census to ask whether each person residing in our country is a U.S. citizen or not.  That basic question was included on the main census questionnaire from 1830 to 1950, but starting in 1960 it was unfortunately demoted to a separate survey that goes to only a sample of Americans.

What You Need to Know to Understand is the danger of the Narrative Machine! Read this article from Tablet Magazine to help understand the connection … END_OF_DOCUMENT_TOKEN_TO_BE_REPLACED

What You Need to Know is Martha’s Vineyard CNN coverage is funny! 'They enriched us.' Migrants' 44-hour visit leaves indelible mark on Martha's … END_OF_DOCUMENT_TOKEN_TO_BE_REPLACED

Phyllis Schlafly Eagles · September 15 | Should Americans Sacrifice for the "Liberal World Order"? As America comes to grips with the … END_OF_DOCUMENT_TOKEN_TO_BE_REPLACED