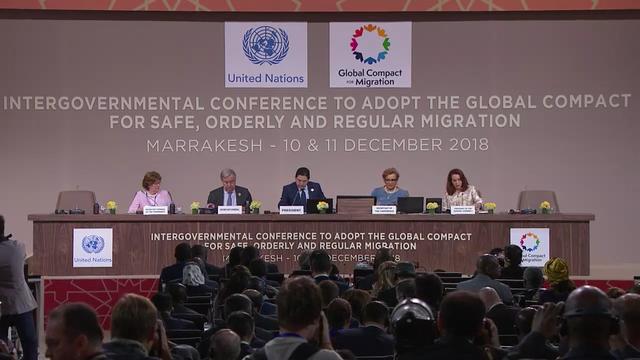 A new attempt to impose globalism unfolded in Marrakech, Morocco late last year, under the guise of helping migrants.  Most of the 193 countries in the United Nations convened in order to create new international law to require every participating country to accept vast hordes of foreign migrants, and be subjected to this new form of globalism.

Any other president, Republican or Democrat, would probably welcome and join this undermining of national sovereignty.  But President Trump lead the way in denouncing this virulent strain of globalism.

Called the “Global Compact for Safe, Orderly, and Regular Migration,” the Marrakech meeting would have prevented the American people from deciding immigration policy for ourselves.  Trump posted multiple reasons why the United States and every country should reject this bad idea. 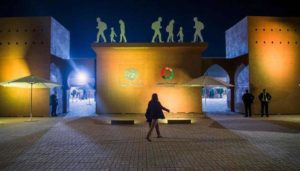 Called the “Global Compact for Safe, Orderly, and Regular Migration,” the Marrakech meeting would have prevented the American people from deciding immigration policy for ourselves.

That sounds like something Phyllis Schlafly might have written during her lifelong opposition to treaties that undermine American interests.  But the above statement was issued by none other than President Trump.

He continued: “Decisions about how to secure its borders, and whom to admit for legal residency or to grant citizenship, are among the most important sovereign decisions a State can make, and are not subject to negotiation, or review” by international courts and documents.

“Migration should not be governed by an international body unaccountable to our own citizens,” President Trump declared.  He cited the Monroe Doctrine for the principle that we do not accept interference of foreign nations. In 1823, President James Monroe promulgated that famous doctrine against European nations intermeddling in the affairs of the Americas.  It was based on the observation that the Old and New Worlds have different political systems and it is “dangerous to our peace and safety” to allow the systems to mix.

Likewise, it is dangerous to try to mix our American liberty and prosperity with migrants who may hate us, or at least not respect our culture and values.

What You Need to Know about The Hillary Coup. It started out with millions of Americans made to believe that Hillary should’ve won the 2016 election … END_OF_DOCUMENT_TOKEN_TO_BE_REPLACED

What You Need to Know is Our Systems are Broken! With the recent gun-related tragedies, we see that restrictions aren’t enough. And gun control isn’t … END_OF_DOCUMENT_TOKEN_TO_BE_REPLACED

Amid chaos on many fronts, globalists march forward into the night. Klaus Schwab, the founder and executive chairman of the World Economic Forum … END_OF_DOCUMENT_TOKEN_TO_BE_REPLACED

Phyllis Schlafly Eagles · #WYNK: Who's Against Trump | June 13, 2022 #ProAmericaReport The following is a transcript from the Pro America … END_OF_DOCUMENT_TOKEN_TO_BE_REPLACED

By Mason Mohon, Phyllis Schlafly Eagles Intern Abortion is the most controversial issue in the United States today, with both sides having great … END_OF_DOCUMENT_TOKEN_TO_BE_REPLACED

For Immediate Release: June 24, 2022Contact: Ryan Hite, Communications Director Now Is The Time to Stand Up for Moms and Babies Without … END_OF_DOCUMENT_TOKEN_TO_BE_REPLACED