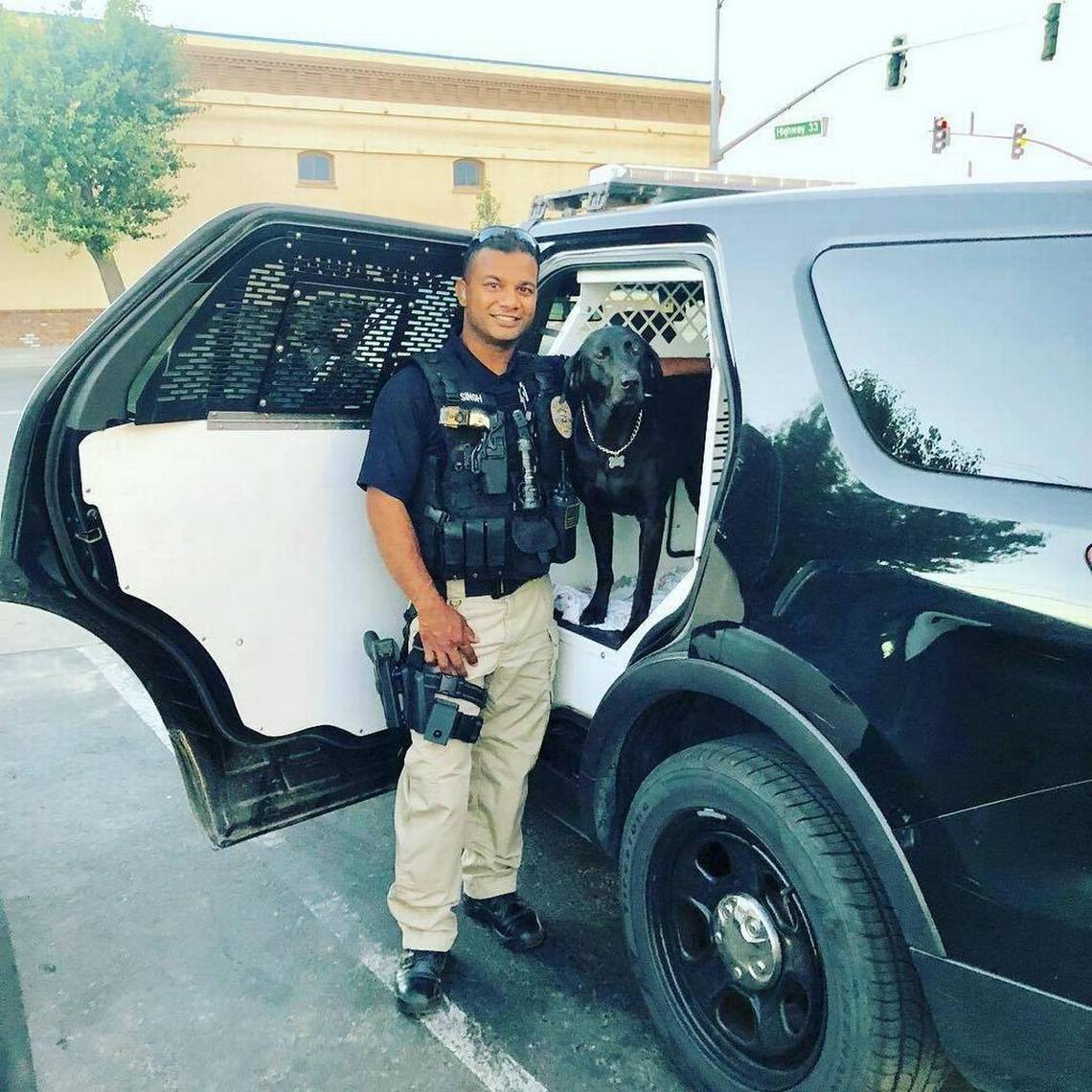 Murder and mayhem by illegal aliens is rampant but rarely makes national news anymore, even when the victim is a uniformed police officer on duty. After tweeting a picture of himself in front of his Christmas tree at home with his wife, 5-month-old son, and police dog Sam, Corporal Ronil Singh volunteered to patrol the empty streets of Newman, CA, on the typically quiet evening of December 25. Just after midnight, during a routine traffic stop of a driver who appeared to be intoxicated, Cpl. Singh was shot multiple times and killed by the driver who then sped off in his unlicensed pickup truck. 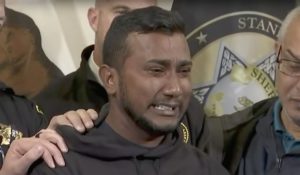 “We both view serving our country and communities through law enforcement as important to who we are,” Rajnil said. “It is our way of giving back to a country that has embraced us and our families.”

After 55 hours on the run from the law with the assistance of many other illegal aliens, the suspect using the alias Gustavo Perez Arriaga was arrested December 28 in Bakersfield – 200 miles away and nearly halfway to the Mexican border. Seven other illegals have been charged with aiding and abetting the murder, including providing him shelter and supplies, concealing his vehicle and transporting him, and even disposing of the murder weapon. An additional accomplice accepted a $500 wire transfer from an unknown source and hired a human trafficker to transport the murderer back to Mexico. Police determined it was the same trafficker who brought the killer across the border illegally in the first place several years ago.

At Officer Singh’s tragic funeral, his brother Rajnil delivered a different vision of “who we are.” “We both view serving our country and communities through law enforcement as important to who we are,” Rajnil said. “It is our way of giving back to a country that has embraced us and our families.” Watching the American TV show COPS while growing up in Fiji, Cpl. Singh dreamed of being in law enforcement some day. After immigrating legally to California in 2003, he studied criminal justice before landing his dream job with the Newman Police Department.

California’s new Governor brags they are now a sanctuary state. If by sanctuary he means a welcome sign for illegal aliens to murder cops, defy our laws, and evade justice, America can easily agree with the Singh family — That is not who we are.

What You Need to Know is Lies, Damned Lies, and Biden’s Border Statistics. The Narrative Machine’s media wing and the Biden Administration (including … END_OF_DOCUMENT_TOKEN_TO_BE_REPLACED

Phyllis Schlafly Eagles · December 9 | Are Supporters of America First Scrooges? It’s going to be a long, cold winter in the United States, but … END_OF_DOCUMENT_TOKEN_TO_BE_REPLACED

For Immediate Release: January 26, 2023Contact: Ryan Hite, Communications Director Solution Staring Us In the Face to Save American Lives: Shut the … END_OF_DOCUMENT_TOKEN_TO_BE_REPLACED

What You Need to Know is thank Trump for the end of Roe v. Wade. As great as the March for Life was last week and excited as my family was to … END_OF_DOCUMENT_TOKEN_TO_BE_REPLACED

Phyllis Schlafly Eagles · February 8 | Leftist Hollywood's Downward Spiral Looking back on 2022, it is plain to see that Democrat-dominated … END_OF_DOCUMENT_TOKEN_TO_BE_REPLACED