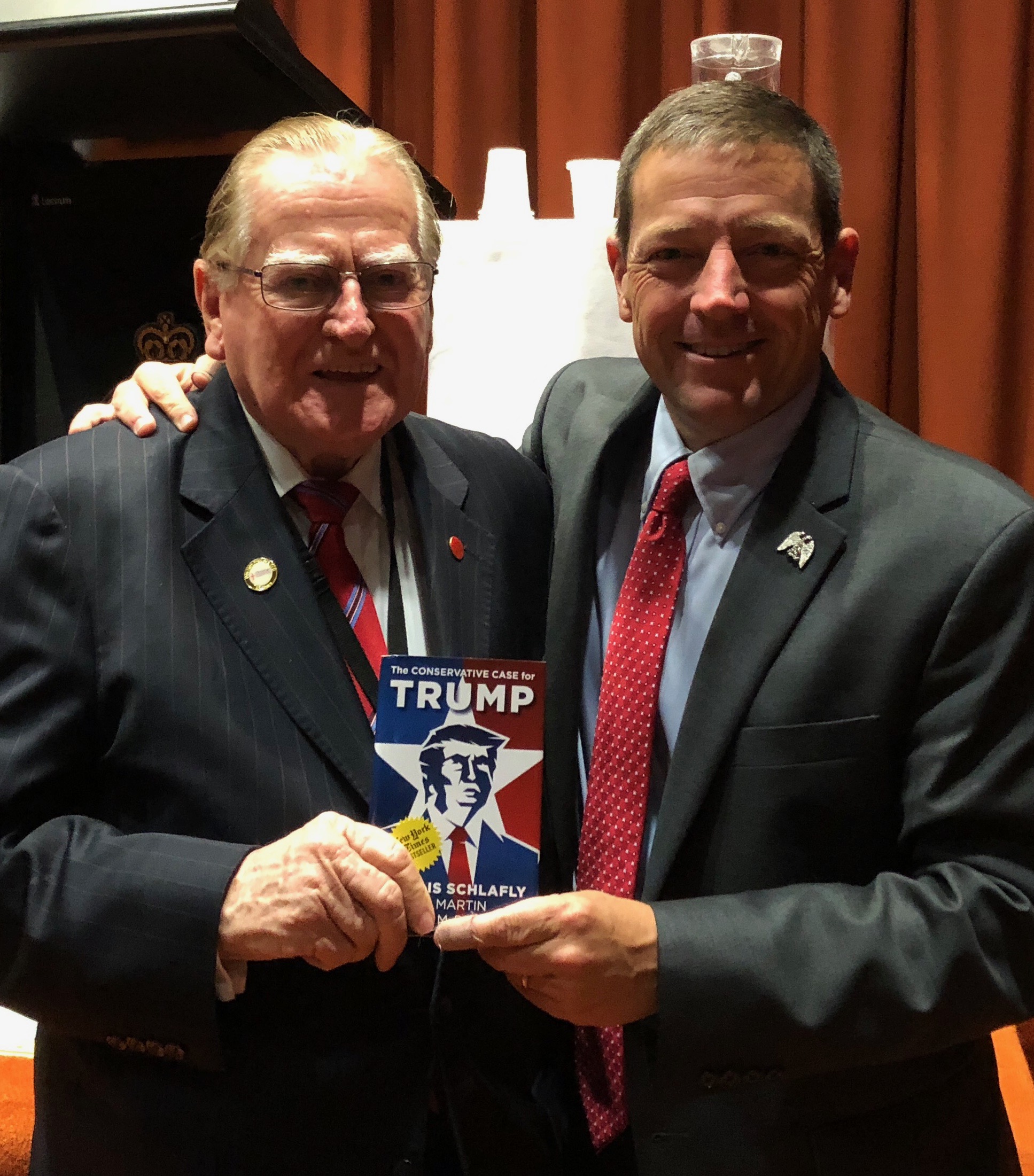 
We have been reduced to distress, and the arm of Omnipotence has raised us up. Let us still rely in humble confidence on Him who is mighty to save. Good tidings will soon arrive. We shall never be abandoned by Heaven while we act worthy of its aid and protection.

Supreme Court Justice Ruth Bader Ginsburg was a consequential leftist.  She helped engineer the far-left feminist and abortion rights movements before she was appointed to the U.S. Supreme Court where she continued to push her far left agenda.  When she died on September 17th, 2020, President Donald J. Trump realized yet another step on his path to saving America from the liberal courts.  For most Americans, we see the hand of God in this and for good reason: Americans have always sought and recognized the providence of God in our history.

America was, from the start, “under God” as her founding documents attest (and our Pledge of Allegiance commands).  After all, at the heart of our history, America is an idea: life and liberty come from a Creator, not from any man whether king or elected president.  Nor do life and liberty come from a congress or international organization.  The American idea is Biblical: Every man is a gift of God made in His image and likeness.  The truth of this founding idea – and its root in God’s revealed truth – is why the founding Fathers so regularly spoke of the need to be “worthy of God” and to live up to His promise of aid and protection.

At distressing moments of our history, our leaders have pointed us to the Biblical principles again and again. Two of my favorite examples are Sam Adams in 1777 to the Congress (excerpted above) and President Abraham Lincoln in his Gettysburg Address invoking “better angels” and calling Americans forth to service and equality.   In the World Wars of the 20th century, Americans sacrificed to defeat the twin godless enemies – fascism and communism.

Today, Americans are at another distressing moment of our American history.  For nearly 60 years, America has faced an assault from within, starting with an activist Supreme Court which, by judicial fiat, took God out of our schools, “found” a right to abortion in our Constitution, and re-defined marriage by the stroke of a pen.  The media and cultural forces of Hollywood have assaulted us with lies and steered us from virtue to vice.  Our universities and lower schools have become bastions of relativism and godlessness.  And our governments – at every level – have become swamps of selfishness and destruction of America.  Leftists lead riots and too many  speak of fake injustices for which they must be reparated. Truly, these decades – from 1960 until today – may be called the American Dark Ages.

And yet, Americans are not finished and have not given up.  As in our glorious past, “we the people” of America are called to stand for righteousness in the face of evil enemies – and we have!

First, we name our enemies: Godless secularists and their leaders who sow dissension among us.  They seek not only to remove God but strike history.  They force Americans to choose abortion and death over life.  They seek to limit religious worship and our foundational freedom in the name of a “public health” that they define but which leads to Hell.

Second, we act with seriousness of purpose in every realm especially in politics.  Our American system is, for good or ill, a two party system: Republican versus Democrat.  The contrast between the two parties has never been more stark.  And that contrast is clearest in the vision and presidency of Donald J. Trump.

In March 2016 while running for President, Mr. Trump met with conservative icon Phyllis Schlafly and me to seek our endorsement.  In that meeting, Mr. Trump agreed that he would back a conservative Platform for the Republican Party: pro-life, pro-family, pro-military, and pro-America!  In addition, Mr. Trump committed to appointing conservative judges in the mold of the late U.S. Supreme Court Justice Antonin Scalia.  His campaign theme, Make America Great Again, called us to restore American exceptionalism – our Godly foundations and our kingdom-building conduct.

For four years, President Trump has kept his campaign promises.  The Republican Party Platform is the conservative basis for governing. (We call this the Trump-Schlafly Platform in honor of Phyllis who passed away in September 2016 at 92 years old.  Mr. and Mrs. Trump attended her funeral.)  On military superiority, protecting religious liberty, putting God back into the public square, and on and on.  President Trump has led on pro-life issues: cutting funding from abortion providers like Planned Parenthood and international organizations that fund abortion. He has renewed the Biblical commandment to “love your neighbor as yourself” through America First.  (You can’t love an international NGO if you don’t take care of your citizens, after all.)  On every front, let it be said: President Trump is the “Bodyguard of Western Civilization.”

On judges, President Trump has kept his promises spectacularly. Nearly 300 conservative judges appointed at every level including two Supreme Court Justices already confirmed and a third on the way.  The Supreme Court is poised to become a truly conservative court.

The opposition party in this election – the Democrats – removed God from their own party Platform and purged pro-lifers from their ranks.  They embrace globalism that echoes world Communism and they signal a disdain for history that is anti-Christian. (The message of Christ’s Incarnation was delivered to us in time and space – not by virtual Zoom meetings!)

Americans find ourselves on the brink – of an election AND a return to God.  A lot is at stake this November but we are again up to the task as always.  Phyllis Schlafly put it succinctly on September 22, 2001 as America reeled from the attacks earlier that month:

“So, fellow American, consider yourself blessed that you are on the battlefield that will determine the soul, the culture, the laws, the public officials, and the future of America. America is the only nation that was founded on an idea. Not on a race, or a circumstance, or geography, or ethnic identity, but on an idea. The idea that life and liberty came to each of us from our Creator.”

On November 3, 2020, Americans will choose again: light over darkness, good over evil, God over the fallen.  We choose a Golden Age for Americans and the world!

Phyllis Schlafly Eagles · December 9 | Are Supporters of America First Scrooges? It’s going to be a long, cold winter in the United States, but … END_OF_DOCUMENT_TOKEN_TO_BE_REPLACED

Proving once again that he is in touch with ordinary Americans, Donald Trump selected education for the first video message of his 2024 presidential … END_OF_DOCUMENT_TOKEN_TO_BE_REPLACED

Phyllis Schlafly Eagles · #WYNK: Trump's Record is Baked In | January 30, 2023 #ProAmericaReport The following is a transcript from the Pro … END_OF_DOCUMENT_TOKEN_TO_BE_REPLACED

What You Need to Know is Ours is a Religious Nation. Phyllis Schlafly reminded us of this plain fact in her column on Christmas Eve 1982. Our founders … END_OF_DOCUMENT_TOKEN_TO_BE_REPLACED