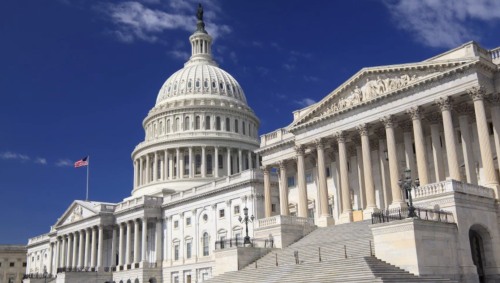 Despite the heinous shooting at the synagogue in Pittsburgh, none of the Democrats are demanding more gun control, at least those seeking election or their mentors, as there would be no better way to sink their already shrinking margins. Democrats finally seem to recognize Bill Clinton’s warnings, learned when he lost Congress in his own mid-term, following the “Assault Weapon Ban” of 1994.

The Assault Weapons Ban failed because deranged people find ways to murder others with whatever weapons they can find and are particularly ingenious in that respect. The only people affected are those whom habitually obey laws, at the expense of their means for self-defense. In Great Britain, the homicide rate is greater than in Utah, where carrying firearms is almost universal, only with knives, fists and feet.  Modern London has overtaken New York for murders for the first time in modern history after a surge in knife crime across the capital.

The worst mass shooting in US history, aside from 200 or so striking miners in the late 19th century, occurred at Virginia Tech where the gunman killed 31 students and faculty with a single handgun. While students huddled in classrooms, the campus police huddled outside for 20 minutes, because the doors were chained and they didn’t want to damage school property. Time after time ordinary citizens are expendable as long as politicians are safe. But this respite won’t last long if Democrats take Congress.

Despite the unwillingness of Democrats to call for gun control after the deadliest attack on Jews in US history, it didn’t stop a group of House Democrats from penning a letter to Secretary of State Mike Pompeo on Friday, October 26, 2018, asking him to condemn far-right Brazilian presidential front runner Jair Bolsonaro.  Bolsonaro won Brazil’s presidential election Sunday, Oct. 28, 2018, marking a dramatic shift to the right in Latin America’s largest country.

“Bolsonaro…promised to suppress the nation’s lawlessness by meeting violence with violence, insulted minorities and women, waxed nostalgic for Brazil’s dictatorship and expressed doubts about the electoral process itself. His unforgiving politics places him among nationalists such as Hungary’s Viktor Orban, Rodrigo Duterte in the Philippines and Donald Trump in America, who called him shortly after his victory was declared.”

One must always consider the source for the news, as the Bloomberg outlet is just an extension of Michael Bloomberg’s crony capitalist liberal beliefs. Unfortunately, too many “practical” investors take Bloomberg, Wall Street Journal, etc. as gospel truth instead of the globalist propaganda that it really is.

Contrast the Bloomberg site with the following commentary about Bolsonaro’s election win:

“63-year-old nationalist renegade rode a wave of voter rage to Brazil’s presidency on Sunday, marking the most dramatic shift to the right in Latin America’s largest country since the end of the Cold War-era military dictatorship. Jair Bolsonaro, a far-right lawmaker and former army captain, defeated leftist Fernando Haddad in the runoff, receiving about 55 percent of the vote, according to official results with nearly 100 percent of the ballots tallied. His win adds Brazil to a growing list of countries — from the United States to Hungary to the Philippines — where staunch right-wing nationalists have scored victories at the ballot box.”

Allowing the average Brazilian to own a gun to defend himself from gangs that have run wild in Brazil is “meeting violence with violence”.  If Bolsanaro had truly offended minorities in a country where over 60% of the population is nonwhite and women  are a majority of the voters, he would not have received over 55% of the vote.

It is important to remember all the mass shootings under “If They Bring a Knife to the Fight, We Bring a Gun” Obama.  President Trump is being blamed by liberal news outlets and pundits for the actions of a madman, who shot up a Pittsburgh synagogue on Saturday, leaving eleven innocent people dead and many more wounded. He’s also being blamed for the actions of an unstable bomb-maker who recently sent bombs to high-level Democrats through the mail. Liberals are shamefully calling the disturbed man, with a criminal history that goes back decades, “The MAGAbomber.”  President Obama responded to fourteen mass shootings as the President of the United States, including synagogue and church shootings. Which one of these was Obama blamed for?  None!

What will never be covered is that this mass killer knew he would face an unarmed population thanks to Jewish hatred of guns.  But Bolsanaro is evil because he wants the average Brazilian to arm themselves. And Lou Dobbs and Kevin McCarthy can’t talk about Soros, despite Soros’ dubious activities during the Holocaust, because he is a Jew. Unfortunately for the Democrats and their media allies, the latest incident involved an anti-Trump loon, which only the Internet and the British press will cover totally, as usual.

On Monday, October 29th, 2018, key members of the press amplified the message President Trump was somehow responsible for the Tree of Life Synagogue shooting in Pittsburgh by quoting supposed Jewish leaders saying the same thing.  One such group, “Bend the Arc,” released a letter from Jewish leaders to President Trump accusing him, among other things, of causing the massacre. Who runs Bend The Arc? Alexander Soros, George Soros’ son.

The excuses for the Democrats are already coming out.  It’s that evil GOP gerrymandering, that gave us all those Black and Hispanic districts that is stopping righteousness from winning.  According to Rasmussen:  Trump Approval Among Black Voters Rises to Record 40 Percent in Rasmussen Poll.  No wonder the Democrats had to nominate Gillum and Abrams just to have a chance.  The black vote will be down for the Democrats in Ohio, Pennsylvania, Virginia and Michigan and possibly Wisconsin and California and Texas House races.  It was the lack of blacks that killed Hillary in Wisconsin, Michigan and Pennsylvania. But for the most part the media is still clinging to its “Democrats will win the House” mantra ignoring the evidence that it’s really a Democrat rout at this stage.

The polls are for the most part ridiculous. Reality is that even liberal sites are starting to give up in Florida. The October 28th Sunday early voting in Democrat Florida counties, “souls to the polls” caravans from Democrat churches, is not working.  Anything they do next Sunday will be counter-acted by emergency voting stations in the Panhandle and Trump’s Pensacola rally, on Saturday, November 3, 2018, at 6:30 Central time. On 10/31/16 the Republicans led by 15,052 in early voting vs. the same point in the election at this point of a Republican lead of 59,046.  Democrats still lost Florida in 2016 despite the Libertarian and Evan McMullin taking 2.5%. These votes, along with some “walk away” Democrats, will lean Republican, that despite the incredible media hype, Gillum will lose by more votes than Nelson as he is a terrible candidate that even many blacks won’t bother to show up to vote for.

There is also No blue wave in North Carolina or Arizona. Trump goes to Huntington, West Virginia on Friday, November 2nd for a rally at 4:00 p.m. EDT. That should be enough to sink Manchin despite Manchin’s vote for Kavanaugh. There are no Trump rallies officially announced after the Pensacola Saturday night rally, but Trump could blitz a lot of states after that like he did just before the 2016 election.

This mid-term election feels more like 2014 or even 2002 when Bush got a boost from outside events. If the Republicans can get near Presidential turnouts as early voting indicates and minority voting continues to lag (only 11% black in Florida with a population that is 13% black), never mind many working class Blacks, Hispanics and Whites voting to save Trump that haven’t voted in Republican primaries, this should turn out to be another 2016 with a bitter Democrat defeat after very high expectations.

Most of all Thorner looks forward to the end of liberal media polling and “experts” and the demise of the very easily manipulated, foreign owned Predictit.org as possible forecasting tools for the election, when once again, as they have since 2014, fail miserably. Predictit.org says the Dems should win easily, but if they do, it will be because widespread voter fraud has taken place.  Meanwhile, it looks like Americans are betting on Republicans holding the House.

It’s time everyone disregard the liberal media (Who believe: Trump is not a president to be respected, so there is no need to treat him with respect) and college polls and media “experts” once and for all!

The dramatic exit last Friday by Rep. John Katko (R-NY), who announced he would not run for reelection, may have shocked liberals but was no surprise … END_OF_DOCUMENT_TOKEN_TO_BE_REPLACED

What You Need To Know about Mitch McConnell. Andrea Kaye, guest host of the #ProAmericaReport, explains how President Biden is trying to get rid of … END_OF_DOCUMENT_TOKEN_TO_BE_REPLACED

What You Need to Know is being pro-life means we have to drain the swamp. When you take a look at the abortion industry, all you have to do is follow … END_OF_DOCUMENT_TOKEN_TO_BE_REPLACED

What You Need to Know is Joe Biden is bottoming out. It’s just epic and astonishing how badly the administration is failing to adjust to the fallout. … END_OF_DOCUMENT_TOKEN_TO_BE_REPLACED

What You Need To Know about the 2 vaccine mandates. Andrea Kaye, guest host of the #ProAmericaReport, explains how SCOTUS is adding another day to … END_OF_DOCUMENT_TOKEN_TO_BE_REPLACED

What You Need to Know is Rittenhouse is not guilty! Kyle Rittenhouse being proved not guilty shows that the system works. They got to the right … END_OF_DOCUMENT_TOKEN_TO_BE_REPLACED

What You Need to Know is Follow the Money! 13 house Republicans caved to get the money and voted yes on the infrastructure bill. Democrat progressives … END_OF_DOCUMENT_TOKEN_TO_BE_REPLACED

For Immediate Release: September 9, 2021Contact: Ryan Hite, Communications Director Citizen Action Works — The Voice of the People Has Been … END_OF_DOCUMENT_TOKEN_TO_BE_REPLACED

If the education establishment wants to know why public schools don't get much respect from our citizenry, they need look no further … END_OF_DOCUMENT_TOKEN_TO_BE_REPLACED

Robert Strange McNamara belongs on the daytime soap operas. Better yet, his histrionics belong on Donahue or Geraldo or Sally Jesse Raphael. We are … END_OF_DOCUMENT_TOKEN_TO_BE_REPLACED