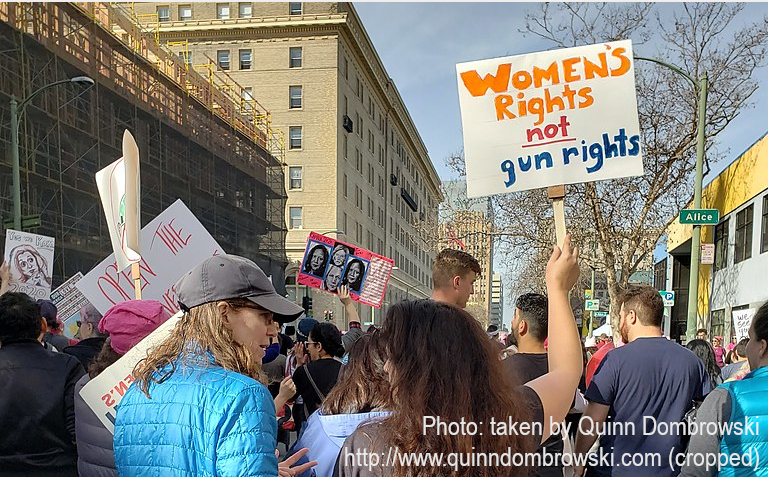 Phyllis Schlafly Eagles · August 17 | Should We Close the "Boyfriend Loophole"?

Couching feminist ideology in gender-based terminology, the so-called “boyfriend loophole” is a construct of the left meant to deprive men of their Second Amendment rights. Anti-gun activists want to weaponize a past spat with a girlfriend as justification to permanently exclude men from ever holding a job that entails carrying a gun.

The Lautenberg Amendment, enacted in 1996, already denies for life the Second Amendment rights of any man ever convicted of a minor misdemeanor domestic violence charge, which is sometimes broadly defined to include even offensive touching of one’s own wife. Now Democrats want to expand this to enable any girlfriend to make a false accusation that could result in men being barred for life from jobs in the military, police, or other gun-carrying professions. Obviously, no one wants to prop up abusers, but due process is a part of our U.S. Constitution for a very specific reason. As the great jurist William Blackstone once said, “It is better that ten guilty persons should escape than that one innocent person should suffer.”

Johnny Depp spent millions of dollars and several years of his life to clear his name of domestic violence accusations. But most men are unwilling or unable to do that, instead accepting a misdemeanor plea bargain, which causes them to permanently lose their constitutional rights and job opportunities because of it.

Gun control zealots want to expand the draconian Lautenberg Amendment, even though it would not have prevented any of the recent mass shootings by teenage boys. Such expansions would automatically and permanently deprive men of Second Amendment rights based on a mere restraining order requested by a girlfriend, which is often issued based on an unproven accusation and without a hearing for the accused.

Let’s get clear on what will and won’t prevent violence, because closing this “boyfriend loophole” won’t cut it.

What You Need to Know is Ray Epps was in on it! Who is Ray Epps? Congressman Jamie Raskin gave us the answer after the prompting by Congressman Thomas … END_OF_DOCUMENT_TOKEN_TO_BE_REPLACED

Phyllis Schlafly Eagles · November 23 | Tables Turn on Immigration Crisis When referring to Republicans, Democrats talk about how no one is above … END_OF_DOCUMENT_TOKEN_TO_BE_REPLACED

Phyllis Schlafly Eagles · #WYNK: Who Was Involved on Jan. 6! | November 16, 2022 #ProAmericaReport The following is a transcript from the Pro … END_OF_DOCUMENT_TOKEN_TO_BE_REPLACED

Elon Musk has 119 million followers on Twitter, the platform which he just bought for $44 billion. That’s more followers than Taylor Swift, whose … END_OF_DOCUMENT_TOKEN_TO_BE_REPLACED

What You Need to Know is why Trump is not an echo of other candidates before him. Phyllis Schlafly famously first used that phrase — a choice, not an … END_OF_DOCUMENT_TOKEN_TO_BE_REPLACED