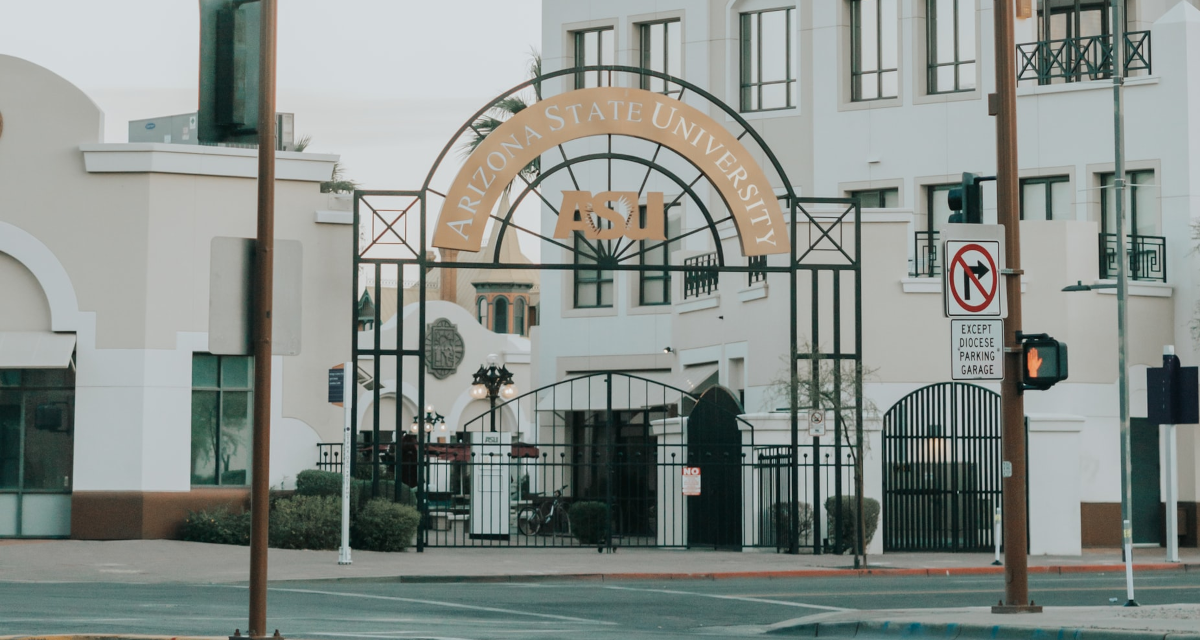 It is always dangerous when people engaged in political dialogue try to redefine key terms to suit their own agenda. This practice was featured prominently in George Orwell’s classic novel 1984, where the totalitarian regime of Oceania used an invented language called Newspeak to control the people they oppressed. In America, this commandeering of language becomes especially dangerous when the left tries to redefine the meaning of “violence” to better support their worldview.

This happened recently at Arizona State University, when two leftist students were punished for confronting two other students who were peacefully studying. The leftists were triggered by a sticker on one of the students’ computers that said “Police Lives Matter” and the other wearing a tee shirt that said “Did Not Vote For Biden.” Also, the studiers, who happened to be white, were studying in what ASU refers to as a “multicultural space,” whatever that means.

To put a long story short, the two leftists, Mastaani Qureshi and Sarra Tekola, berated the two studying students for their supposed racism and sexism. The confrontation was so loud that the leftists were charged with interfering with university activities under the student code of conduct. Rather than be punished, the girls were given a warning and asked to write about how they might better engage in a civil dialogue in the future.

Despite the fact that they weren’t even really punished, the girls accused the school of committing an act of violence against them. They even said that the “Police Lives Matter” sticker was an act of aggression. This twisting of definitions should concern every American who cherishes free speech. After all, if a warning is violence and a sticker is aggression, what reason do we have to believe that someone won’t try to silence dissenting opinions? And lest you feel tempted to chalk this up to a few fringe leftist students, you should know that the leftists’ message was endorsed by ASU’s director of the school of social transformation. If these are the kinds of so-called educators ASU employs, they are getting what they deserve.

Phyllis Schlafly Eagles · April 29 | When Will We Cancel Darwin? For those of you who haven’t heard, cancel culture is the latest trend among … END_OF_DOCUMENT_TOKEN_TO_BE_REPLACED

As the midterm elections fast approach, Democrats have lost a key demographic that they relied on in 2020: college-educated men. The biggest … END_OF_DOCUMENT_TOKEN_TO_BE_REPLACED

What You Need to Know about where we are as a nation! Armstrong Williams joins the ProAmericaReport today to help give today’s WYNK. Armstrong is a … END_OF_DOCUMENT_TOKEN_TO_BE_REPLACED

For Immediate Release: May 16, 2022Contact: Ryan Hite, Communications Director The Power of Grassroots Is Surging and Winning All Across the … END_OF_DOCUMENT_TOKEN_TO_BE_REPLACED

Phyllis Schlafly Eagles · May 16 | The Trickle-Down Effect of Bad Policies Good news arrived in the district court of the District of Columbia, … END_OF_DOCUMENT_TOKEN_TO_BE_REPLACED

What You Need to Know how to drain the swamp in 2022! Kathy Barnette is running for Senate in Pennsylvania, and her story is absolutely incredible. … END_OF_DOCUMENT_TOKEN_TO_BE_REPLACED