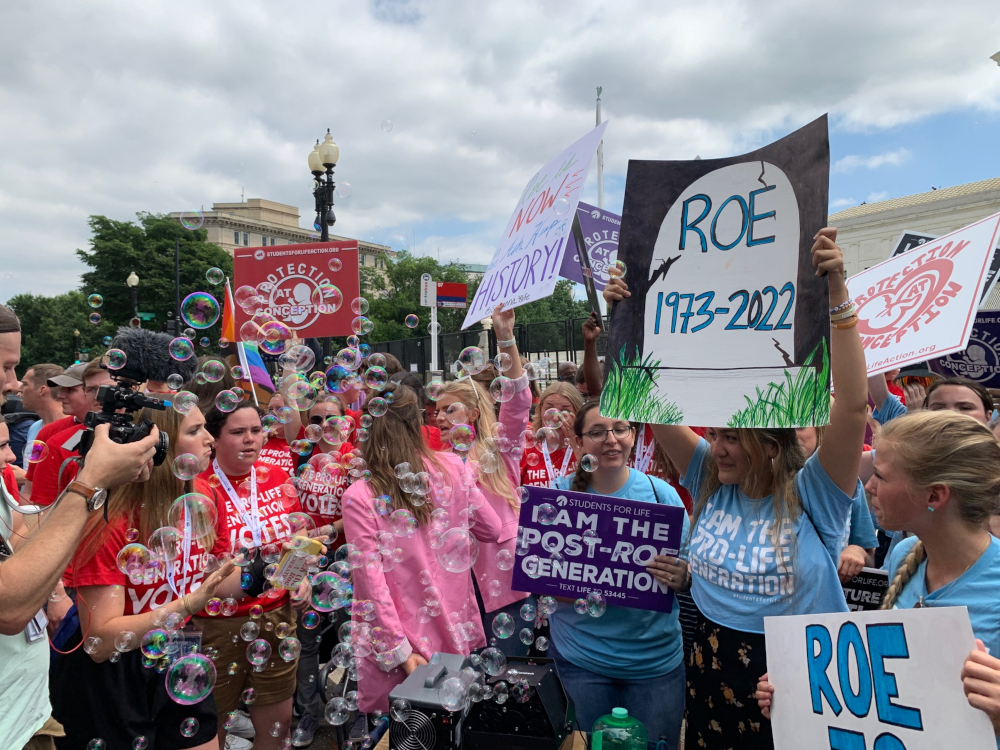 Democrat politicians threaten political consequences over the Supreme Court’s decision to overturn Roe v. Wade in the Dobbs decision, but none are likely now as may have occurred thirty years ago. Today Democrat politicians are heavily dependent on demographic groups that do not support abortion, and will not be more likely to vote for a candidate who advocates for it. Hispanic people are incredibly pro-life, and the racist history of the abortion industry is becoming more and more well known among black Americans. The media portrays a new War Among the States over this issue, but if so then it is a war that the pro-abortion states will lose by their rapidly declining popularity.

Several states are already benefiting from a boost in carrying pregnancies to term and childbirth by prohibiting abortion. While the abortion industry has started filing lawsuits in state courts to block pro-life laws, states such as Alabama have constitutional provisions prohibiting any creation of a right to abortion. “Trigger laws” in nearly a dozen states automatically restore bans on abortion in anticipation of the Supreme Court overruling Roe v. Wade. Some state courts have desperately tried to hinder the implementation of these laws, but the force of the pro-life movement is too great to be ignored.

This reversal of Roe creates an historic opportunity for conservatives to attract more young voters, who are increasingly pro-life. This is perhaps the only issue where young people are more conservative than their parents, and fan favorites such as Justin Bieber and Tim Tebow are outspokenly pro-life. The rising generation of pro-life leaders understand that young people are impacted by visuals, and no image can be more impactful than that of an ultrasound. As Phyllis Schlafly so often reminded me, the widespread deployment of ultrasound technology was the greatest gift to the pro-life movement, because it conclusively refuted the argument that an unborn child is not a “real baby.”

The pro-life movement has received another incredible gift with the overturning of America’s troubling judicial legacy of forcing abortions on unwilling states. Led by rising champions and old veterans of the movement, we must rally together to end the scourge of abortion in America once and for all.

Phyllis Schlafly Eagles · #WYNK: Pro-Life Movement Has to Adjust | January 19, 2023 #ProAmericaReport The following is a transcript from the Pro … END_OF_DOCUMENT_TOKEN_TO_BE_REPLACED

Phyllis Schlafly Eagles · #WYNK: Political Hit Jobs Against Lawyers | January 18, 2022 #ProAmericaReport The following is a transcript from the Pro … END_OF_DOCUMENT_TOKEN_TO_BE_REPLACED

What You Need to Know is Mom first! Life begins at conception. But what if the pro-life movement reframed the battle. What if we advertised that life … END_OF_DOCUMENT_TOKEN_TO_BE_REPLACED

Phyllis Schlafly Eagles · #WYNK: Trump is Stronger Than Biden | January 27, 2023 #ProAmericaReport The following is a transcript from the Pro … END_OF_DOCUMENT_TOKEN_TO_BE_REPLACED