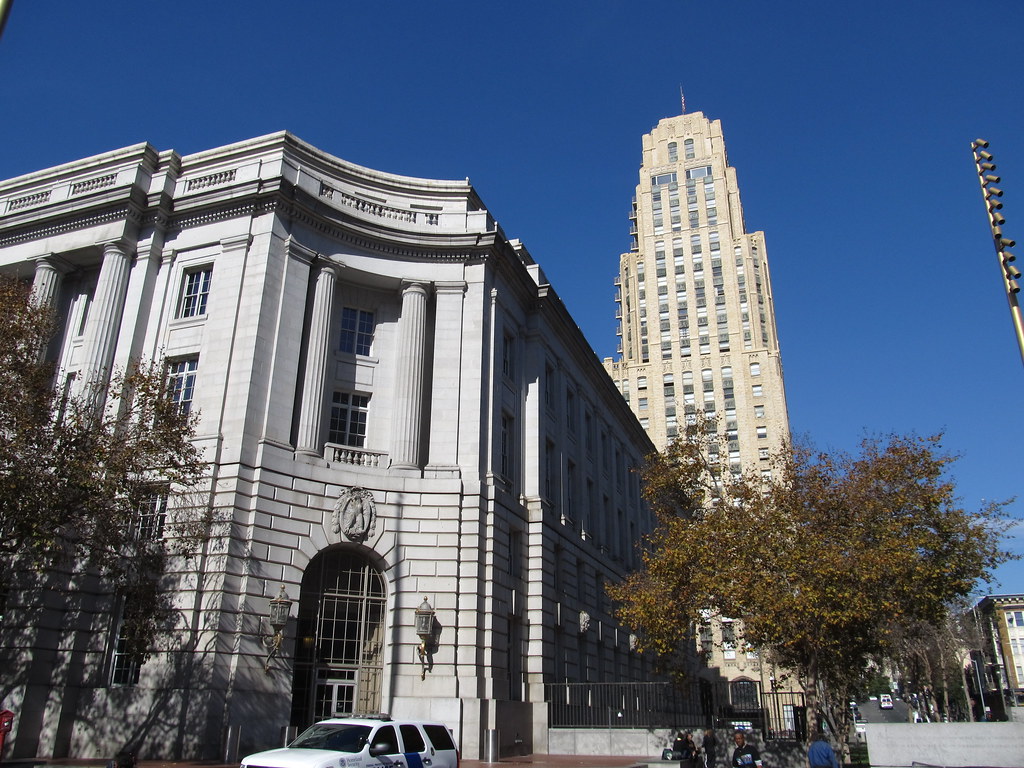 This op-ed was originally published on IPWatchdog.com.

If a judge ever botched an antitrust case involving patents, the prize may go to federal district Judge Lucy Koh for her ruling in favor of the Federal Trade Commission (FTC) in its antitrust action against Qualcomm.

The intersection of intellectual property and antitrust is riddled with land mines and booby traps. The danger of getting an IP issue in this vicinity wrong becomes all the more likely after the Koh ruling and, thus, all the more dangerous and far-reaching.

Judge Koh managed to step on several trip wires in her decision for the FTC in a case that should never have been brought, 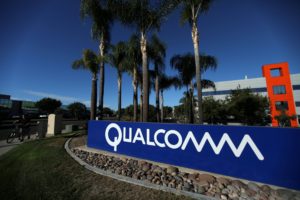 never tried, and should have been withdrawn or dropped. The damage from this ruling will reverberate far beyond the global leader in wireless connectivity technology the FTC unfairly hammered in this case.

“Patents are a form of property,” Assistant Attorney General for Antitrust Makan Delrahim has said, “and the right to exclude is one of the most fundamental bargaining rights a property owner possesses. Rules that deprive a patent holder from exercising this right . . . undermine the incentive to innovate.”

Sitting FTC Commissioner Christine Wilson said in an op-ed she is “dismayed that the judge took this opportunity to create new legal obligations, undermine intellectual-property rights, and expand the application of our antitrust laws beyond U.S. borders.”

A second concern could “require Qualcomm to negotiate or renegotiate contracts with customers and competitors worldwide,” imposing an extraterritorial remedy despite the Justice Department’s and FTC’s practice of limiting remedies to the United States.

If public criticism by a sitting FTC commissioner isn’t damning enough, Judge Koh also got schooled by the erudite New York University law professor Richard Epstein for her “disastrous opinion.” He noted how “Judge Koh concedes the [patent licensing] practices challenged are not ‘collusive, coercive, predatory or exclusionary in character,’ and thus she has to rely on some residual notion of antitrust ‘unfairness’ that has no structure or content.”

Among Mr. Epstein’s several skewerings of Judge Koh’s failings in this case, her misunderstanding of the U.S. Supreme Court’s 2004 opinion in Verizon Communications v. Law Offices of Curtis V. Trinko qualifies as an unavoided tripwire. “. . . Trinko stands for the proposition that, except in rare cases, the antitrust law does not require any firm to do business with its competitors.” Epstein regards the Koh blunder an “utter failure.”

Judge Koh disregarded that Qualcomm’s “no license, no chip” practice is the industry standard, as well as the efficiencies Mr. Epstein describes. She allowed the FTC to call the security risk-Chinese rival Huawei as a witness for the prosecution against one of the most inventive American companies in any field. She bought the farcical claim that a 3.25% patent royalty rate per iPhone, with a cap of $400 on the phone price—that is, $13 per iPhone—was anticompetitive for Apple, one of the richest companies in the world. She disregarded the Justice Department’s request for briefing on the remedy.

In short, Judge Koh thoroughly missed the boat in major respects—in the law, in the facts, in the bigger picture of the battle for global 5G leadership between Qualcomm and Chinese-subsidized national champion Huawei, in the Obama administration’s politicization of the FTC’s powers, in IP and antitrust basics.

If the 9th Circuit has any credibility, it will stay the misguided ruling, grant an appeal and reverse the district court in this case.

Lessons to Be Learned

This unfortunate, unjust outcome affords an opportunity to consider afresh why IP exclusivity (a constitutional right) is actually procompetitive and why antitrust should tread lightly. The reasons, described below, overlap and interconnect as a practical matter.

First, property rights in intellectual property spur dynamic competition. Innovations come to market by virtue of IP exclusivity allowing innovators running room to develop a brand new market for new property that didn’t exist before its invention. This causes competitors to adjust to and become more competitive with the new, better item that’s truly a disrupter.

Thus, IP exclusivity enables the building of new industry sectors and advances technological dimensions, such as 5th-generation wireless connectivity and the Internet of Things, better ways to extract energy resources and new gene-based medicines that deliver better outcomes or cause fewer side effects.

The creation of new economic pies does more to benefit consumers and competition than when antitrust officials and judges presume competition is merely static—the same old pie sliced and resliced among a fixed set of competitors and products. Out-of-balance antitrust application that impedes IP rights and quashes dynamic competition does more harm than good.

Second, IP-based dynamic competition, such as Qualcomm’s superior new chipsets at the core of each telecomms generation, spur future dynamic competition by enabling innovators to recoup research-and-development investment, rewarding the innovator’s risk-taking and undergirding innovators’ R&D pipelines. This is a win-win for consumers, competitiveness and society, especially for the United States, where our innovation is America’s competitive edge.

President Reagan’s Commission on Industrial Competitiveness made this point. “Not only do [patent] licenses introduce more competitors into the marketplace, but insofar as they increase the patent holder’s reward, they encourage the patent system itself and therefore the incentive for R&D.”

Third, antitrust misuse, as by the FTC’s bringing the Qualcomm case and Judge Koh’s ruling in it, tips the scales of justice and competition against innovators and in favor of patent implementers and IP infringers. That is, bad judgment like that of the FTC and Judge Koh exacerbates the inherent asymmetry that exists between innovators and implementers. Such asymmetry is anticompetitive and anti-innovation.

In the case at hand, Qualcomm is the quintessential innovator, with its IP- and R&D-centered inventions, and Apple the epitome of an implementer that combines others’ patents in its own devices. Innovators have far more at stake in such licensing deals.

Fourth, whenever tempted to apply antitrust scrutiny and enforcement against the exercise of IP exclusivity, the best course is usually to resist this temptation. Enforcement humility should always guide antitrust enforcers—and judges. This principle becomes even more paramount in the wake of the destructive ruling in FTC v. Qualcomm.

Once again, AAG Delrahim is instructive:

“Rules that deprive a patent owner from exercising this right [to exclude] — or processes that dilute the meaning of this right — can undermine the underlying incentives to innovate. It is a perverse result indeed when the misapplication of the competition laws results in less innovation, less competition, and ultimately, fewer consumer choices. This is why . . . competition law enforcers should exercise humility and enforce the competition laws in a manner that best promotes dynamic competition for the benefit of consumers.”

In conclusion, the appellate court should stay and throw out this case. Further, the Justice Department and the FTC should enact rules that require them to properly regard the exercise of the right to exclude, the essence of intellectual property rights, in the context of antitrust matters. Such a travesty of justice against a person or company exercising its exclusivity rights must never happen again and this particular travesty must be rectified.

It is imperative that the right to exclude, which IP is meant to secure, is preserved and protected as sacrosanct in the United States. Exclusivity comprises the foundation on which dynamic competition, risk and reward through R&D, and symmetry between innovators and implementers rest.

Enforcement humility must characterize antitrust scrutiny because competition law is a potent weapon. A heavy hand favoring antitrust over the vigorous free exercise of IP rights threatens the very existence of our innovation ecosystem. And it’s an ecosystem not easily repaired once upset.

“Primaried” has become a popular term for dealing with disappointment by entrenched incumbents in both political parties. It means an attempt to … END_OF_DOCUMENT_TOKEN_TO_BE_REPLACED

Phyllis Schlafly Eagles · June 25 | In Defense of Due Process Regardless of where you stand on the verdict in the Derek Chauvin murder trial, I … END_OF_DOCUMENT_TOKEN_TO_BE_REPLACED

What You Need to Know is President Joe Biden’s trip to Europe. Does it matter that he’s been stumbling and fumbling during this trip? Should you be … END_OF_DOCUMENT_TOKEN_TO_BE_REPLACED

For Immediate Release: July 23, 2021Contact: Ryan Hite, Communications Director Washington, D.C.: "Thanks to CNN, I can end your week with a … END_OF_DOCUMENT_TOKEN_TO_BE_REPLACED

Phyllis Schlafly Eagles · July 23 | Biden's COVID Power Grab on Abortion Something sinister could be coming to your community by mail, but you … END_OF_DOCUMENT_TOKEN_TO_BE_REPLACED

What You Need to Know is The Case for Speaker Trump — Build the Wall, Block the VP for President Harris, Impeach Biden, etc. There are so many things … END_OF_DOCUMENT_TOKEN_TO_BE_REPLACED