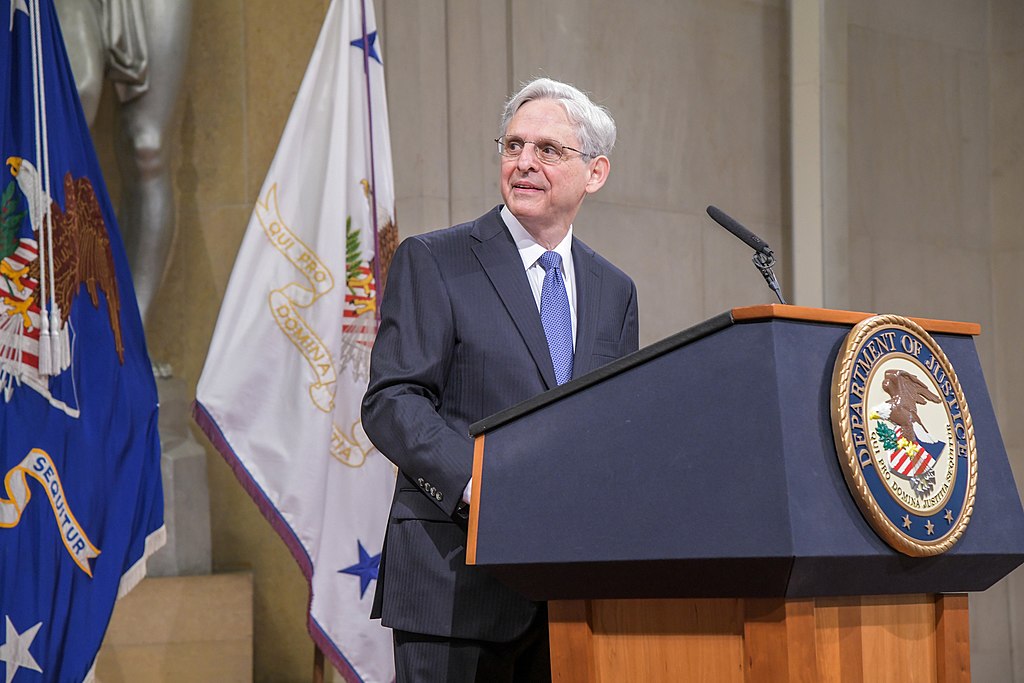 The Department of Justice refuses to accept any oversight or accountability, and its Biden-appointed Attorney General Merrick Garland called on the FBI to investigate parents who object to a Leftist curriculum at their public schools. Those parents should be honored for having the courage and dedication to be an active part of their children’s education. In an all-too-similar situation, courageous border patrol agents are being investigated by the Department of Justice rather than being honored for their heroism. You wouldn’t hear it on the mainstream media, but it was actually border patrol agents in Uvalde who rushed in to stop the murderous shooter at an elementary school. While other law enforcement officers waited outside the school for an hour, an elite team of border patrol agents stormed the school with no regard for their own safety and ended the active threat, saving an untold number of innocent young victims.

Sen. Tom Cotton (R-AR) said to Garland after learning about parents being targeted by government, “This testimony, your directive, your performance is shameful. Thank God, you’re not on the Supreme Court. You should resign in disgrace, judge.” I couldn’t agree with Sen. Cotton any more. Garland’s DOJ persecutes and prosecutes the good, while promoting the evil. They might not always win in the end, but the process is the punishment. Armed to the teeth with your taxpayer dollars, these leftist government arms punish political opponents indiscriminately. That is the very definition of lawfare.
Continuing with the drumbeat of perverted justice, some Democrats and anti-Trump Rep. Liz Cheney (R-WY) are trying to hurt Donald Trump, not get real justice. Their shenanigans won’t work, just as political misuse of an indictment of Paxton backfired against his opponents in his recent reelection bid. Democrats who exploit the criminal justice system to obtain unjustified indictments for political reasons should be put on notice by Paxton’s landslide victory while under indictment. The corruption is in politically motivated prosecutions, not in the Republican candidates they target. In the same way, trying to go after parents who are brave enough to get politically active in their school districts will hurt Democrats in the long run. The American people see through these blatant attempts to intimidate.

Phyllis Schlafly Eagles · #WYNK: Don't Be Part of the Problem | August 10, 2022 #ProAmericaReport The following is a transcript from the Pro … END_OF_DOCUMENT_TOKEN_TO_BE_REPLACED

What You Need to Know is that the left always accuses us conservatives of doing exactly what they are doing. Jon Stuart accused Raheem Kassam and Jack … END_OF_DOCUMENT_TOKEN_TO_BE_REPLACED

Phyllis Schlafly Eagles · #WYNK: Liberals Are Hunting Conservatives | July 28, 2022 #ProAmericaReport The following is a transcript from the Pro … END_OF_DOCUMENT_TOKEN_TO_BE_REPLACED

What You Need to Know is that one of the highest priorities for Americans right now is election integrity. The left has admitted to spending hundreds … END_OF_DOCUMENT_TOKEN_TO_BE_REPLACED

For Immediate Release: August 12, 2022Contact: Ryan Hite, Communications Director Washington, D.C.: "Even as all attention has been on the … END_OF_DOCUMENT_TOKEN_TO_BE_REPLACED

Phyllis Schlafly Eagles · August 12 | How To Celebrate America's Big Birthday For many years, Phyllis Schlafly championed the idea of … END_OF_DOCUMENT_TOKEN_TO_BE_REPLACED