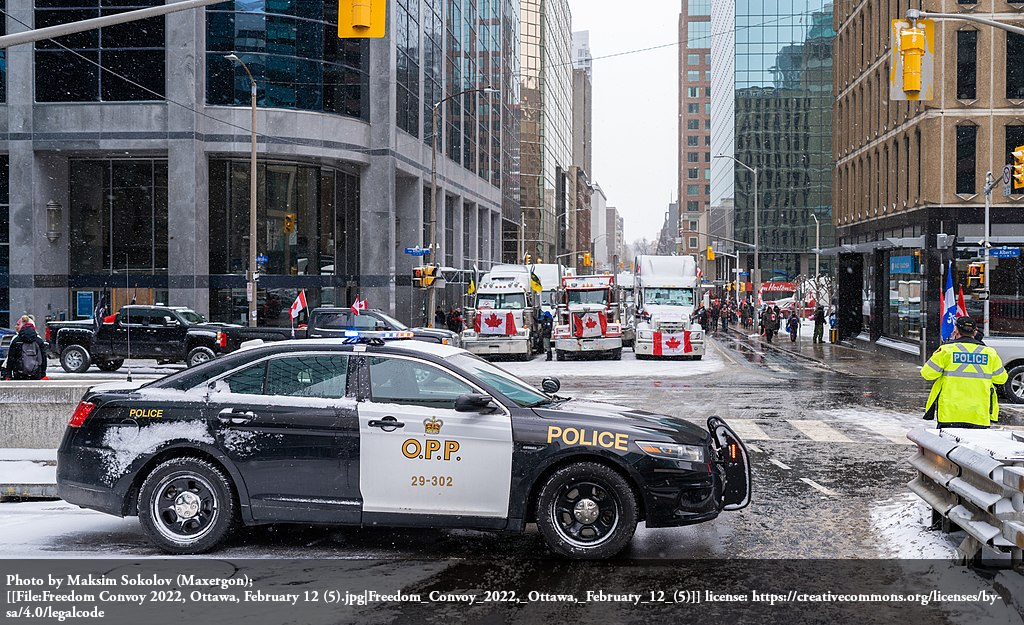 In 1959 Americans were understandably alarmed when a Communist seized power in Cuba and installed a brutal dictatorship on the island just 90 miles off the coast of Florida. Canada is even closer, across a border that is the longest in the world, and a progressive takeover there could cause great damage to our country. After Prime Minister Justin Trudeau seized emergency powers to squash the Freedom Convoy truckers, that kind of threat became more of a possibility than ever.

With his unprecedented invocation of Canada’s Emergencies Act, Trudeau asserted the power to control domestic travel, command services deemed essential, control the distribution of goods, and impose hefty fines on his own citizens. Like the inhumane retaliation against January 6th protesters by House Democrats, Canada’s Liberals were bent on doing likewise to peaceful truckers. The widespread, heartfelt public support of the truckers is obvious from the volunteer help they received, and from the outpouring of donations. The retaliation by internet trolls who publicly disclose small donors’ identities is shocking, and such invasions of privacy and harassment should be prosecuted.

At the pricey Super Bowl, celebrities brazenly violated the mask mandate on national television, yet punishment of them is not even suggested by Democrats. Instead the regime picks on working truckers, many of whom brought their entire families in their coaches while enduring the frigid temperatures up north.

In a Maru poll, only 16% of Canadians say they would vote again for Trudeau, while Biden’s average net approval/disapproval rating has fallen to -11% across all major polls. Yet as in the United States, the Canadian media has protected Trudeau and failed to report fully on the events. For example, it was the New York Post that reported how cameras caught an Antifa-affiliated Canadian hitting and injuring four peaceful protesters with his Jeep before speeding off in an attempt to escape. He then ran several stoplights and resisted arrest before finally being captured by Winnipeg police, yet the major media only bothered to falsely portray the truckers as criminals.

The slow creep of tyranny is far from over, and it is up to vigilant patriots to sound the alarm while there’s still time.

What You Need to Know is Title 42 is about to expire! What is your preference? Do you prefer we have a secure border and decide who we let in? Or that … END_OF_DOCUMENT_TOKEN_TO_BE_REPLACED

What You Need to Know is Montpelier is going Woke. Soledad O’Brien is now on the board of directors of Montpelier, James Madison’s home. She is part … END_OF_DOCUMENT_TOKEN_TO_BE_REPLACED

Phyllis Schlafly Eagles · May 16 | The Trickle-Down Effect of Bad Policies Good news arrived in the district court of the District of Columbia, … END_OF_DOCUMENT_TOKEN_TO_BE_REPLACED

Phyllis Schlafly Eagles · May 5 | How Effective Is Social Justice Military Recruitment? As Covid subsides, the tyranny that exploited it continues. … END_OF_DOCUMENT_TOKEN_TO_BE_REPLACED

What You Need to Know about the politics of mask mandates! This week we saw the mask mandate lift on public transportation. Here are two headlines … END_OF_DOCUMENT_TOKEN_TO_BE_REPLACED

What You Need to Know is the Border is about to be totally open! In just a few days we are going to see around 18,000 illegal aliens crossing our … END_OF_DOCUMENT_TOKEN_TO_BE_REPLACED